Get ready for Sparkle,” which opens Aug. 17, is already considered one of the most anticipated movies of the summer, and not only because it represents Houston’s last big project. The clips in the trailer convey the energy and appeal of the movie’s vibrant cast, music and setting the Detroit of 1960s Motown. this is a must see film.

Doing a remake of the 1976 original which starred a pre-“Fame” Irene Cara and Detroit’s own Lonette McKee  had long been a goal for Houston and her friend, veteran Hollywood producer Debra Martin Chase. At one point, they were planning for Detroit-raised singer-actress Aaliyah to star in the film, but then she was killed in a plane crash in 2001. The 22-year-old Sparks tried to imagine how she would feel if she were seeing the film in 1976, when young African-American women weren’t cast in many big-screen roles, much less in starring ones. The connection she felt to the movie was immediate.

In the musical drama, Sparkle and her two older sisters (Carmen Ejogo and Tika Sumpter), who are from an affluent Detroit neighborhood, form a Supremes-like singing group. Luke is Sparkle’s love interest. Mike Epps plays Satin, a figure who winds up drawing Sparkle’s sister into an abusive relationship and drugs. The cast also includes pop star Cee Lo Green and Omari Hardwick. 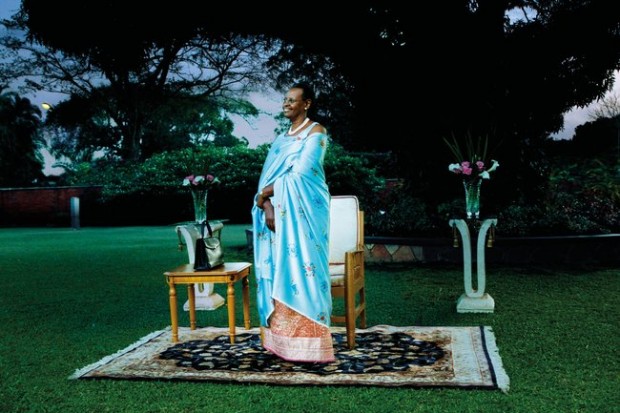 The May issue of L'Uomo Vogue is entirely dedicatedto Africa, a Continent with great potentialities and a strong will to redeem...