Just recently, I had a conversation with a friend in the music business and asked him to name a current female artist who will stand the test of time.  He immediately responded, “Jill Scott”.  His explanation was so simple, yet had validity to it:  “Jill Scott is a classic; Her music is timeless.”

Born and raised in North Philly, Jill Scott built a reputation as a spoken-word poet. Her first album in 1999, “Who Is Jill Scott?: Words and Sounds Volume 1” was appropriately titled as it skillfully combined her soulful, operatic singing voice with thought-provoking poetry, and the results are indeed timeless and classical.

“Who is Jill Scott” went multi-platinum and propelled her to the top of the Neo-Soul Movement — a movement that brought fame to other poetic artists like Erykah Badu, Maxwell, D’Angelo and Musiq Soulchild.  Her second album, 2004’s “Beautifully Human: Words and Sounds Volume 2” and her third album, “The Real Thing: Words and Sounds: Volume 3”, released in 2007, both achieved gold status.

Since stepping onto the music scene, Jill has also ventured into the acting vertical.  She has starred in both of Tyler Perry’s “Why Did I Get Married” films and has been able to show off her acting chops in HBO’s series “The No. 1 Ladies Detective Agency” where she plays a South African Detective.

Her latest album, “The Light of The Sun”, was  nominated for 4 NAACP Image Awards including Outstanding Song, Outstanding Album, Female Artist and Music Video.  In fact, the four nominations are tied with Beyoncé as most at this year’s ceremony. We look forward to seeing more of Jill in the future. 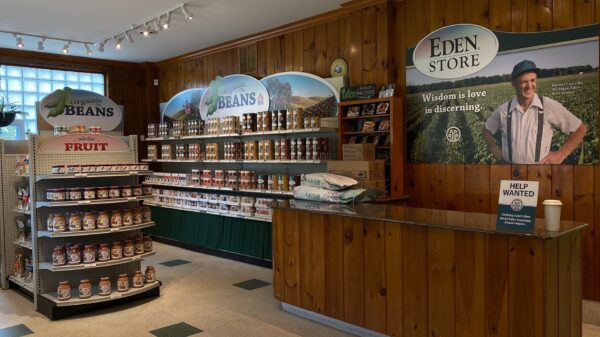 EDEN Food Source News: In every culture outside of the Arctic, beans are staple food

In every culture outside of the Arctic, beans are staple food. They help make a balanced, healthy diet possible. The ease of growing them...