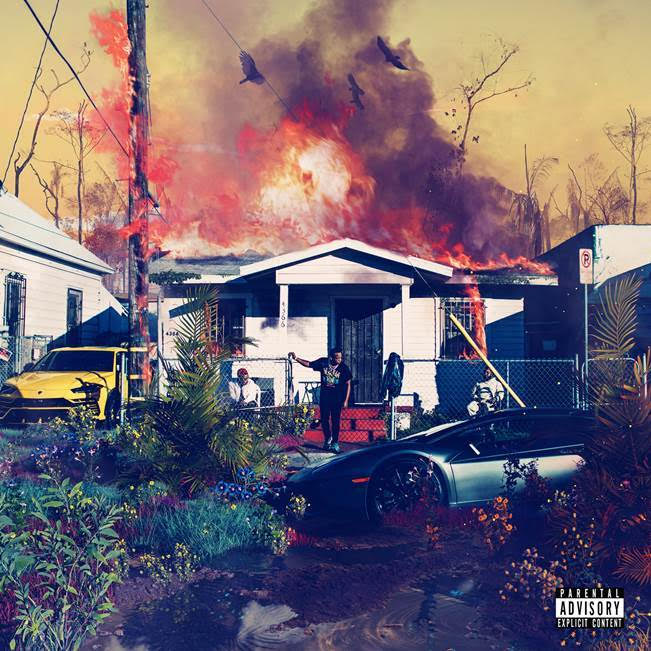 After maximizing anticipation throughout the past month, multiplatinum Memphis superstar rapper and CMG mogul Yo Gotti unveils his anxiously awaited tenth full-length studio album and first in three years, Untrapped, today. Upon going live, it catapulted into the Top 2 of iTunes Top Hip-Hop/Rap Albums Chart where it still remains.

To celebrate the release, he hosted a live chat last night online and will be debuting the new “Pose” music video at 12pm EST. Watch it HERE.

On Tuesday, he welcomed a bevy of tastemakers, DJs, on-air personalities, celebrities, and peers to experience Untrapped before anyone during a posh private dinner at the Four Seasons in New York City. Rather than ban smartphones, the MC encouraged social interaction, posts, and tweets. As a result, social media lit up with buzz for the impending release and heightened excitement.

He also preceded the record with single “H.O.E. (Heaven On Earth).” In under a week, it tallied 1.3 million Spotify streams and 1 million-plus views on the music video. Straight out of the gate, it garnered major looks from Billboard and more as Hypebeast promised, “Yo Gotti has been cooking up something major in the past two years.” Earlier this week, he also pulled up on Funkmaster Flex for what has become a much-talked about Freestyle. Watch it HERE.

Additionally, he uncovered another single entitled “More Ready Than Ever.” His deft wordplay and dynamic hooks take center stage once again as he rocks through the bold and braggadocious banger with confidence and charisma. Those anthems only represent two sides of Untrapped though.

Check out the full tracklisting below.

In other big news, his 2019 smash “Put A Date On It” [feat. Lil Baby] just scored a platinum certification from the RIAA. Meanwhile, the video stood out as one of the “most-watched” music videos of the year, cranking out 167 million views.

Untrapped represents a watershed moment for Yo Gotti and hip-hop at large. Get ready for him to make history!

Some rappers leave everything on tape like heavyweights in the ring. You can hear the blood, sweat, and tears in each bar Yo Gotti spits. Nobody hustles harder. Nobody raps tighter. To date, he has landed three consecutive Top 10 debuts on the Billboard Top 200 with the gold-certified I Am [2013], gold-certified The Art of Hustle [2016], and I Still Am [2017]. Not to mention, he unleashed two double-platinum smashes “Down in the DM” and “Rake It Up”[feat. Nicki Minaj] as well as the gold-certified “Law” [feat. E-40], “5 Star,” “Act Right” [feat. Jeezy & YG], and “I Know” [feat. Rich Homie Quan]. Between sold out tours with the likes of G-Eazy and Logic as well as an annual sold-out Birthday Bash in Memphis accompanied by everyone from Lil Wayne to Young Thug, he has performed and appeared on NBC’s The Tonight Show Starring Jimmy Fallon, ABC’s Jimmy Kimmel LIVE!, The Real, and BET. He hits and hustles just as hard in 2020 as he launches his biggest movement yet.

04 More Ready Than Ever