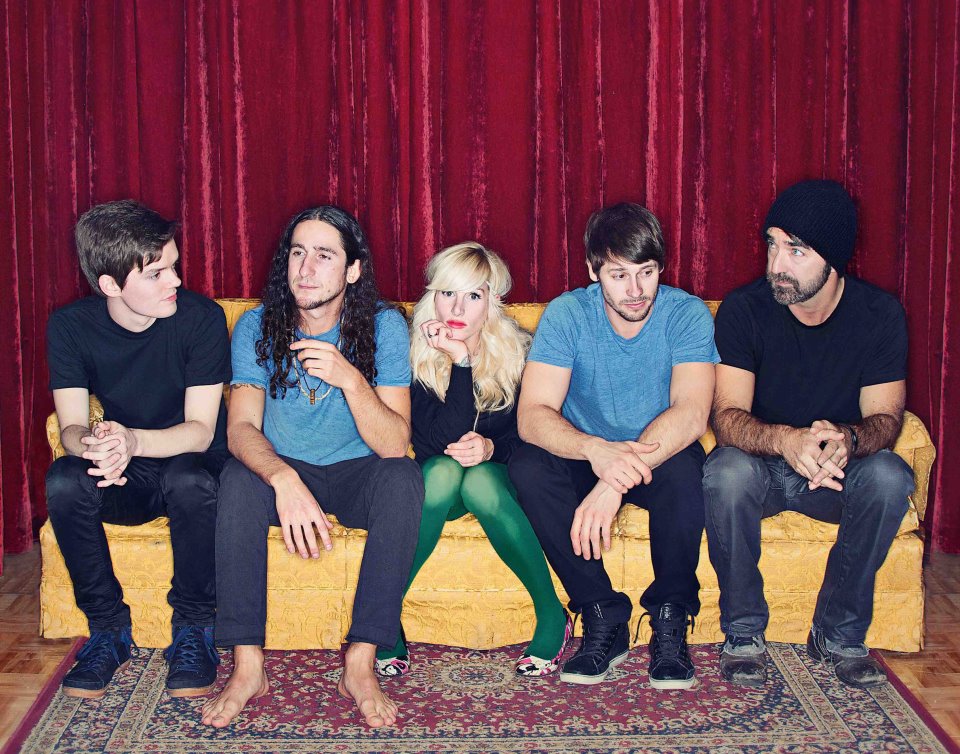 Walk Off The Earth’s incredibly popular YouTube cover of Gotye featuring Kimbra’s smash hit “Somebody That I Used To Know” has passed the 100 million view mark, making it the most popular cover song ever posted on YouTube.  The creative video features all five band members playing one guitar and has helped rapidly catapult the Canadian group into online stars.  The band performed the song on The Ellen DeGeneres Showearlier this year, and the clip of that performance has been viewed nearly 2.5 million times.  Their “Somebody That I Used To Know” cover single has been certified Platinum in Canada, and sold over 165k copies in the US.

The band have released dozens of other covers, and fans have responded to Walk Off The Earth’s clever arrangements and beautiful harmonies.  Their recent covers of the Weeds theme song “Little Boxes” (originally performed by Malvina Reynolds) and The Beatles’ “From Me To You” have each gotten over 3 million views.  Their latest is a cover of Nirvana’s “Polly” that is already at over 1 million views on YouTube, and is available starting today on iTunes.

WOTE have a loyal fanbase, with over 600k subscribers to their YouTube channel and over 490k fans on Facebook.  After receiving such an enthusiastic response, Walk Off The Earth have launched a brand new website to act as a hub to keep up with the band.  Check out the new website at: http://www.walkofftheearth.com.

Walk Off The Earth are currently finishing recording original material for their debut release on Columbia Records.  The band will be on tour this summer including a headlining show at LA’s El Rey Theatre and a performance at Lollapalooza in Chicago.  A full list of dates is below.

Walk Off The Earth features multi-instrumentalists Gianni Luminati, Ryan Marshall, and Sarah Blackwood on vocals, Mike Taylor on keyboards, and Joel Cassady on drums.  The Burlington, Ontario band have been together since 2006, and self released two full length albums of original material.

Walk Off The Earth Tour Dates