Sparkle The Movie, Jordin Sparks, Whitney Houston Plus So Much More

“Sparkle” is a retelling of the 1976 movie of the same title. The original starred Irene Cara, Phillip Michael Thomas and was directed by Joel Schumaker. In this updated version we get the film debut of American Idol winner Jordin Sparks in the title role, Whitney Houston in the final performance and a cast of characters that make this movie shine. The movie tells the rise-to-fame story of Sparkle, a shy yet gifted songwriter and musical backbone of a singing trio of sisters in Motown era Detroit. Together the girls must overcome a defiant church-going mother, drugs, prison, murder and the harsh realities that come with show biz.

Jordin Sparks plays Sparkle to such perfection it seems the role was written specifically for her. Sparks possesses a sweet youthful innocence that clearly comes across in the character.  However, despite having the leading role, she can’t help but to be overshadowed by some of the more compelling elements of the film, namely, the presence of Whitney Houston and the brilliant performance of the tortured Sister by Ejogo.

Houston is solid as the God-fearing mother whose aversion to the music industry steers her girls away from their aspirations.   Her motivations stem from her unsuccessful days as a performer when she supposedly swam “in her own vomit”. You can’t help but think that this would have been a great vehicle for Houston’s comeback to the big screen.  But, instead, this was the swan song of the diva we were all so enchanted with.

Carmen Ejogo, who puts on the films most memorable performance as Sister, also overshadows Sparks. Ejogo masterfully portrays Sister’s complexities of sex appeal compounded with self-destruction.  This is a breakout role for the British native who we will be seeing a lot more of after the world takes notice of her acting abilities.

Rounding out the cast is Mike Epps in a surprising performance as Satin Struthers, Sister’s abusive husband. In this role Epps channels a cross between Ike Turner and the man most parents warn their daughters about.  This role is a change of pace for the usually comedic Epps who himself states that he is excited to show the world his ability to step outside the comedic comfort zones.

Sparkle will undoubtedly get comparisons to Dreamgirls in that both Sparks and Jennifer Hudson are former Idol winners, and both movies tell storylines of a female group’s rise and fall in the music industry.  While Dreamgirls delivered more emotion and standing-ovation moments from Oscar winner Hudson, Sparkle kinda gets by without any real gut-wrenching moments… and don’t expect Sparks to get an Oscar nomination. Sparkle also has more of a spiritual undertone, which could be attributed to T.D. Jakes, one of the film’s producers.

Overall we say go check the movie.  Sparkle will step into melodrama at times and will seem cliché and predictable, but the music is great, the costumes are fabulous and performances by Houston, Ejogo and Epps are worthy of a movie ticket. – Report By Brent Lowe

We appreciate the fact that Whitney Houston did not give up her dream to remake SPARKLE. Read this important fact below:

Aaliyah recorded this song for the movie re-make of ‘Sparkle’ which she was set to star in as one of the main roles chosen by Whitney Houston who was producing the re-make. Sadly, Aaliyah’s death occurred before she could begin the filming so the movie was shut down, a few years later it re-casted the role and went back into production but then the release of ‘Dreamgirls’ completely ended it. Though the character “Sister” sings this song in the movie, Aaliyah had reportedly recorded it as a demo audition. Possibly she was auditioning for the part of Sister but was offered the lead as Sparkle instead. This is a beautiful vocal from Baby Girl. Enjoy.

DKNY Delicious Perfume of The Month 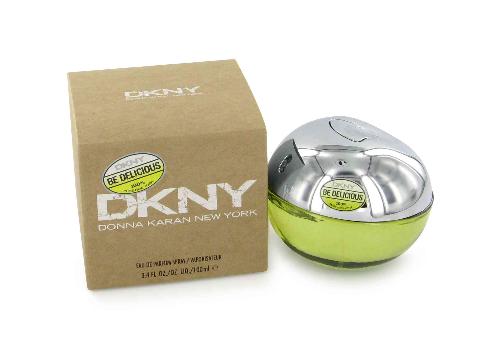 DKNY Delicious Perfume of The Month

Editor's perfume of the month is DKNY BE Delicious, The original and 100% authentic Donna Karan Dkny Be Delicious women's...