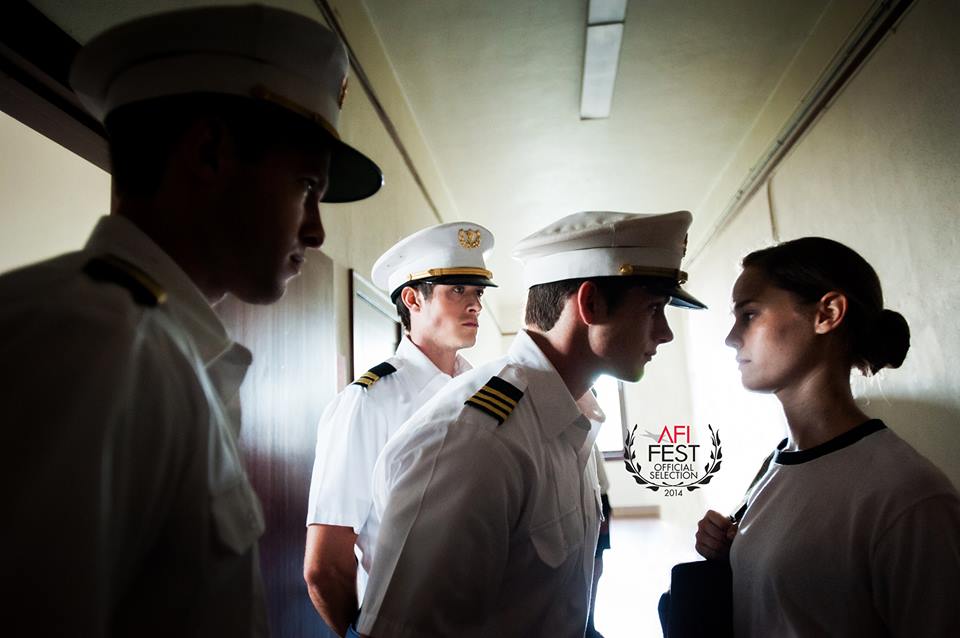 “The Haircut,” a short film celebrating the bravery and historical significance of the first class of women admitted into military academies, is set for its world premiere at AFI Fest on Veteran’s Day, Tuesday, November 11, 2014 at 6:30 PM in Chinese 4 theatre at the legendary TCL Chinese 6 Theatres in Hollywood.  The film is directed by Alexis O. Korycinski, a current participant in the 40th annual AFI Directing Workshop For Women.

“The Haircut,” which honors the historical journeys of women in military service in the 1970s, is Directed by Alexis O. Korycinski with the Story by Korycinski and Writer, Julia Cox.  Casting Director, Lauren Bass, brought a seasoned cast including Bailey Noble (True Blood), Molly Quinn (Castle), David Starzyk (Mad Men), Walter Fauntleroy (The Young and the Restless), Chad Michael Collins (Sniper: Reloaded), Vanessa Mizzone (American Horror Story: Asylum), Tanya Clarke (A Beautiful Mind), and many other notables to this project.

“I want to give underrepresented women a voice,” observes Director Alexis O. Korycinski, who had the idea of bringing this story to a wide, modern audience. “These women were pioneers staking claim in a hostile patriarchy who withstood repeated assaults on their dedication to service, country, and self. This project was not just about making a beautiful film, but about showing girls that ambition and female empowerment is crucial to the growth of our society.” She continues, “I couldn’t be more honored that “The Haircut” will have its World Premiere at AFI Fest in the center of Hollywood on Veteran’s Day.  We salute the brave female trailblazers who dared to dream and dared to make history, and all of our servicemen and women who have and continue to serve our country.”

“The Haircut,” set in 1976, is the story of petite 18-year-old Amy (Bailey Noble), one of the first female cadets accepted into a military service academy following a 174-year ban.  As a result of Public Law 94-106 signed by President Ford in 1975, female cadets were first admitted into service academies the following year.  Under incredible emotional and physical strain, Amy struggles to survive her first day, battling vicious sexism, swallowing self-doubt, and fighting to prove she has what it takes in “The Haircut.”

Complimentary tickets for “The Haircut” can be ordered at http://afifest2.afi.com/sections/T2774 for the World Premiere on Tuesday, 11/11 at 6:30 PM in Chinese Theatre 4 and for a second screening on Wednesday, 11/12 at 3:30 PM in Chinese Theatre 1. The theatres are located at TCL Chinese 6 Theatres, Level 3 at Hollywood & Highland Center, 6801 Hollywood Boulevard, Hollywood, CA 90028.  “The Haircut” precedes the feature film, “Villa Touma.”

Jenifer Madson, Founder of Impact First says, “Impact First Films exists as a social enterprise for filmmakers using their storytelling to make a difference in the world – to create hope, spirit and possibility.  Alexis and the team behind “The Haircut” embody these principles and present beautiful films that provoke thought that creates a conversation to motivate change.  I am so proud to be working with Alexis again as we celebrate these brave women and bring their story to the forefront.”

In this article:AFI Directing Workshop for Women, AFI FEST, “The Haircut, ” a short film