TV One’s ‘Rickey Smiley For Real’ Returns on Tues. November 15. Season three of Rickey Smiley For Real returns to TV One with more drama, more conflict and more funny on Tuesday, Nov. 15 at 8 p.m. ET. While Rickey Smiley continues to struggle to maintain his sanity by juggling his hectic business, family and personal schedules, the show will also follow the hilarity and hi-jinx of his family and co-workers.

Aaryn, Smiley’s youngest daughter, has moved to Bogota, Colombia because her mother received a promotion. The family travels to visit and secrets are revealed. Meanwhile, Da Brat, who is now an artist manager, tries to get her first act signed– a temperamental rapper named Cornbread.  She meets with record labels, artists and her mentor Jermaine Dupri, and quickly learns that being an artist was a lot easier than managing one.

Gary with da Tea is on a mission to host his own talk show. Focused on his goal, he meets with TV producers and tries to persuade them, as well as the morning show, to see his vision. When a co-host is recommended to complement his show persona, Gary auditions Porsha Williams, Tiny and Derek J among other personalities, in his quest to be the next big daytime talk show host.

Finally, while Smiley begins to reconcile with his estranged nephew Craig, his relationship with his oldest son, Brandon, has become so strained that they haven’t communicated with each other in months. Both men are being stubborn about the situation, and it will take a tremendous effort from his family, the morning show crew and the family therapist to try to get them back together.

Rickey Smiley For Real returns after posting a strong increase in audience tune-in.* During season two, the show was No.1 in its time period on ad-supported cable among Blacks: Persons 25-54, Women 25-54 and Persons 18-49. It also reached 3 million total unique viewers 2+, up +18% vs S1.

As a much-loved comedian, television host of Dish Nation, and top-rated nationally syndicated radio personality of The Rickey Smiley Morning Show, Smiley rose to superstardom after igniting his 25-year career serving as opening act for industry titans such as Steve Harvey, George Wallace and Carl Strong. Throughout his career trajectory, Smiley has been one of the industry’s most towering forces in building an impressive empire that has landed him preeminent roles on radio, television, film and on-stage performances.

How To Survive Retirement In A Pension-less Society 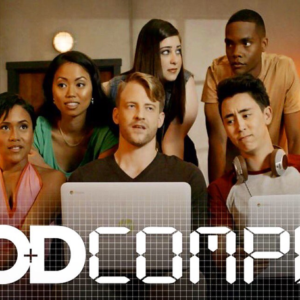 Google to Debut New Web Series 'GodComplX'. Watch out for “GodComplX” is a 10-episode web series about 20-something tech...