TIME Editor Nancy Gibbs: “In our annual TIME 100 issue, we tell 100 stories of individual influence. But taken together, these stories are an anthem to interaction, the convergence that occurs when you harmonize a good idea. The technology that connects us also connects our worlds, of art and science and business and politics. So when we were debating whom to approach to write for this issue, we looked for people who could speak to their subject’s influence in all its dimensions…. Every year we hope the Time 100 will introduce you to influential people you might not have met before and encourage you to find out more about them.” http://ti.me/1IO2qK9

HIGHLIGHTS FROM THE TIME 100 PROFILES:

Elon Musk on Kanye West: “Kanye West would be the first person to tell you he belongs on this list The dude doesn’t believe in false modesty, and he shouldn’t. Kanye’s belief in himself and his incredible tenacity… got him to where he is today. And he fought for his place in the cultural pantheon with a purpose.… He’s not afraid of being judged or ridiculed in the process. Kanye’s been playing the long game all along, and we’re only just beginning to see why.” http://ti.me/1DKX0w4

+ VIDEO: Kanye West on his hope for humanity’s future, what it means to be influential and more: http://ti.me/1NP8Eg9

Barack Obama on Narendra Modi: “When he came to Washington, Narendra and I visited the memorial to Dr. Martin Luther King Jr. We reflected on the teachings of King and Gandhi and how the diversity of backgrounds and faiths in our countries is a strength we have to protect. Prime Minister Modi recognizes that more than one billion Indians living and succeeding together can be an inspiring model for the world.” http://ti.me/1azodpO

Antonin Scalia on Ruth Bader Ginsburg: “I can attest that her opinions are always thoroughly considered, always carefully crafted, and almost always correct (which is to say we sometimes disagree). That much is apparent for all to see. What only her colleagues know is that her suggestions improve the opinions the rest of us write, and that she is a source of collegiality and good judgment in all our work.” http://ti.me/1azodpO

Rupert Murdoch on Bob Iger: “Inheriting a legendary brand is both burden and blessing. Bob Iger could have been haunted by the past, but he has instead created a powerhouse for the company’s future, diversifying the portfolio and yet not traducing the tradition…. Under Bob, Disney is hardly Frozen in time.” http://ti.me/1ywPG7h

Laurene Powell Jobs on Hillary Clinton: “Hillary Clinton is not familiar. She is revolutionary. Not radical, but revolutionary: the distinction is crucial. She is one of America’s greatest modern creations. Her decades in our public life must not blind us to the fact that she represents new realities and possibilities. Indeed, those same decades have conferred upon her what newness usually lacks: judgment, and even wisdom…. It matters, of course, that Hillary is a woman. But what matters more is what kind of woman she is.” http://ti.me/1D6SvYf

Martha Stewart on Kim Kardashian: “Kim Kardashian is a media phenomenon. She has 29 million followers on Instagram and 31 million followers on Twitter, and her E! show, Keeping Up With the Kardashians, is considered appointment TV by a large and diverse audience…. Beautiful in an exotic, totally exaggerated way, Kim exudes energy, sexuality, drama, determination, impetuousness and happiness. But she and her famous, entrepreneurial siblings—shepherded by a savvy, tireless matriarch—have also expanded the very definition of family… Despite the flamboyance, the self-aggrandizement and the self-promotion… Kim comes across as an enviable big sister in a clan where everyone seems to love one another.” http://ti.me/1CMjqcD

Jack Nicholson on Lorne Michaels: “Hard to think of anyone more skilled at discovering extraordinary comedic performers, who have gone on to become household names in their own right. It’s no wonder SNL’s takes on current events have made headlines for 40 years.” http://ti.me/1H9nGIe

Archbishop Desmond Tutu on Pope Francis: “He packed his pastoral humility in his suitcase and took it with him to Rome… Few would dispute that Pope Francis is a special gift from God who has brought a breath of fresh air to the Vatican.” http://ti.me/1b5QCVP

John Boehner on Mitch McConnell: “Mitch McConnell’s mind is a marvelous machine. He sees the whole field, instantly assessing opportunities and perils. He is famous for his dignified reserve on Capitol Hill, but my friend is happiest tailgating at a University of Louisville football game with Elaine, his wife of 22 years, and friends from his own college days.” http://ti.me/1INWL6D

Tilda Swinton on Amy Schumer: “Amy Schumer is the girl you knew at your fantasy school—yeah, her at the back with the quick, dangerous eyes. When you wished the funny ones were also kind, when you wondered why none of the clever ones had real guts, when you wanted sexy to look like something properly glam­orous and more interesting than an action figure, it was Amy you were dreaming up.” http://ti.me/1Ifz9Vk

Chris Rock on Kevin Hart: “Right now, Kev is the biggest stand-up comedian in the country. I don’t even think there’s a No. 2, to be honest…. After he makes you laugh for an hour, you feel like you’re his friend—you feel his joy and his pain… In Kevin’s comedy, there’s the minute observations of Jerry Seinfeld, the family-­oriented storytelling of Bill Cosby and the open-wound honesty of Richard Pryor. But mostly there’s a lot of Kevin Hart. I recently told Jerry, ‘Kevin’s at the big-boy table now, and nobody’s telling him to go away.'” http://ti.me/1yxEN5k

Christiane Amanpour on Jorge Ramos: “Ramos wrangles with President Obama and House Speaker John Boehner; he swims the Rio Grande; he says he asks every question as if it’s his last, determined to get an answer or go down trying. What happened to immigration reform? He knows he has a voice and is not afraid to use it. He shouts from every rooftop that Hispanic rights are human rights.” http://ti.me/1ayil02
+Video Interview with Jorge Ramos: http://ti.me/1ayil02

Jill Abramson on Emma Watson: “Emma Watson’s alter ego Hermione Granger would doubtless approve of her ­HeForShe campaign and its gutsy, smart take on feminism…. It’s also refreshing to see her vigorous embrace of feminism…. And apparently she lives by it. Although she is one of the world’s highest-paid actresses, she has spoken out about the paucity of female directors in Hollywood.” http://ti.me/1PRoANm

John Lewis on Tim Cook: “He has shown that profitability and integrity can go hand in hand. Tim has done this while introducing, time and again, some of the most innovative products the world has ever seen. Tim Cook is proof that even the most successful companies can and should be judged by more than just their bottom line.” http://ti.me/1azmXTz

Jonathan Ive on Brian Chesky: “[His] audacity is fabulous. He dares to believe that we shouldn’t be strangers, that we can have a sense of true belonging whenever, wherever we travel…. The service that Brian and his partners imagined is soaringly ambitious and utterly practical…. enabled by a site that is as beautiful as it is functional.” http://ti.me/1HwDkO8
+Video interview with Brian Chesky: http://ti.me/1HwDkO8

Amy Poehler on Chris Pratt: “Chris Pratt is here to save us. From aliens, dinosaurs, and general boredom. America has decided he is their next big movie star and I understand why. It’s not because of his broad shoulders and humble roots. It’s not because he looks like the perfect combination of a guy you know mixed with a guy you want to be.” http://ti.me/1yxEiIr

Taylor Swift on Ina Garten: “As soon as I started watching Ina’s show, I realized why so many people adore her. Her goal is to make things easier for us. Fans love her warmth and generosity. She shows us how to create memories that we’ll treasure for years to come.” http://ti.me/1ODVqzX

Mindy Kaling on Reese Witherspoon: “Reese is an artist, but she is also a hustler, a quality I recognized in her the first time I met her. She’s impatient that Hollywood won’t generate the kind of quality roles she wants to play, so she creates quality roles by creating quality movies. That resourcefulness is what makes her someone I not only admire, but someone who inspires me. And that is influence.” http://ti.me/1E57HvA 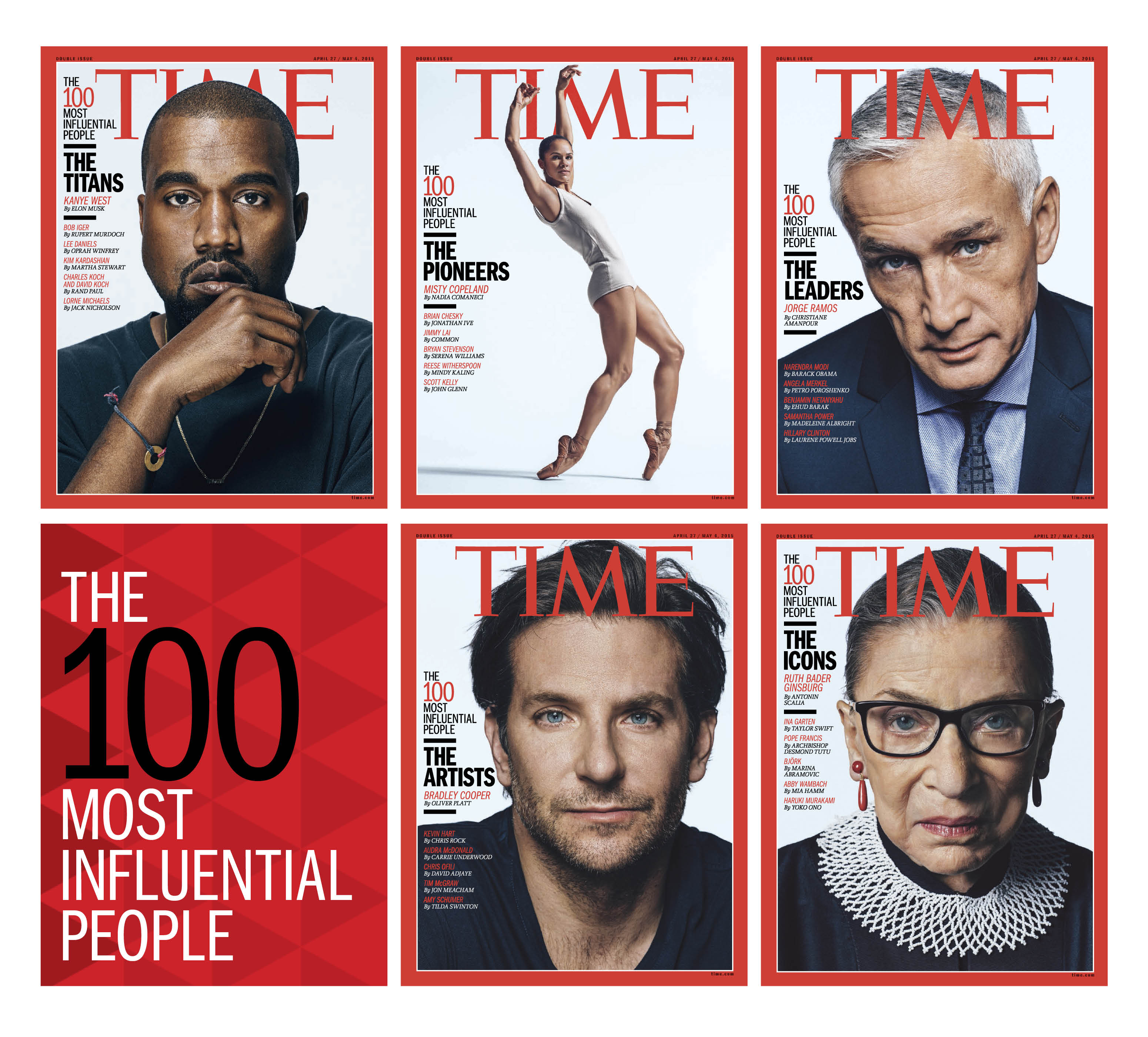 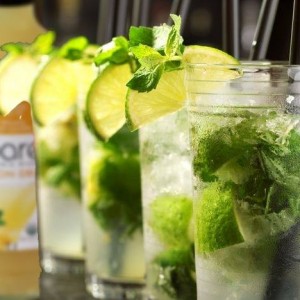