Today the Los Angeles Film Festival, presented by Film Independent, in conjunction with Presenting Media Sponsor the Los Angeles Times and Host Partner L.A. LIVE, announced its annual Family Day featuring Hasbro Studios brands and concluding with the world premiere screening their newest film My Little Pony Equestria Girls on June 15. Additionally, the Festival announced a World Premiere Gala screening of the documentary Levitated Mass on June 20 at LACMA’s Bing Theater and, as part of the Music in Film Nights at The GRAMMY Museum at L.A. LIVE, The Hypnotic Brass Ensemble will perform live on June 18 and discuss the documentary The Brothers Hypnotic, which is screening as part of the Festival’s Summer Showcase.  For more information on Family Day and general ticketing/programming information please visit www.lafilmfest.com.

Bring your kids to Family Day and experience My Little Pony up close,” said Stephanie Allain, director, Los Angeles Film Festival. “Then plan on being blown away by the Hypnotic Brass Ensemble, in town for one night only at the GRAMMY Museum at L.A. LIVE. The LA Film Festival is a four-quadrant experience!”

The Los Angeles Film Festival’s FAMILY DAY will be held at Nokia Plaza at L.A. LIVE on Saturday, June 15 from 11:00 am – 4:00 pm and is made possible by the sponsorship of Hasbro Studios. The public event is looked at as a celebration and will feature activities the whole family will enjoy.  The centerpiece being a premiere screening of My Little Pony Equestria Girls, the new film from Hasbro Studios and taking place at Regal Cinemas L.A. LIVE Stadium 14.
“We are extremely proud to host this year’s Family Day,” said Stephen Davis, president, Hasbro Studios. “We are particularly excited to be bringing ‘My Little Pony Equestria Girls’ to the big screen for its world premier debut at the LA Film Festival.”

The My Little Pony brand has remained deeply rooted in the value of friendship since it first launched 30 years ago. Integrating those same core values, Hasbro Studios premieres My Little Pony Equestria Girls a new full-length feature introducing a whole new dimension into the world of My Little Pony. When a crown is stolen from the Crystal Empire, Twilight Sparkle pursues the thief into an alternate world where she transforms into a teenage girl who must survive her biggest challenge yet…high school. With help from her new friends who remind her of Ponyville’s Applejack, Rarity, Rainbow Dash, Pinkie Pie and Fluttershy, she embarks upon a quest to find the crown and change the destiny of these two parallel worlds.

Five popular Hasbro Studios properties will take over L.A. LIVE’s Nokia Plaza with an exciting lineup of activities inspired by the popular My Little Pony: Friendship is Magic, Kaijudo, Transformers Rescue Bots, Transformers Prime and Littlest Pet Shop animated programs. A day of fun for the whole family will feature character appearances, a digital gaming area, photo booth, coloring station, entertainment lounge, giveaways and more. A real fire truck and police car will be on hand for an interactive Transformers Rescue Bots experience, families will be invited to “Pony-fy” themselves to look like the stylish My Little Pony Equestria Girls characters, and the Littlest Pet Shop section will feature a balloon animals and face painting.

The Festival’s Music in Film Nights at the GRAMMY Museum at L.A. LIVE also announced a live performance from The Hypnotic Brass Ensemble on June 18 at 8:00 pm. Hosted by KCRW’s DJ Dan Wilcox, the evening will include a performance and discussion with the jazz group and features clips from the documentary The Brothers Hypnotic, which is screening at this year’s Festival as part of the Summer Showcase.  Previously announced as part of the Music in Film Nights was Music Scores That Move Us: A Master Class With Gustavo Santaolalla on June 15 at 8:00 pm. Moderated by Film Independent at LACMA curator Elvis Mitchell, the Oscar®-winning film composer behind such films as The Motorcycle Diaries, Brokeback Mountain and Babel will explore a selection of his favorite scores of all time and lead us in a discovery of new sounds that will enlighten and surprise us.

Also announced is the world premiere Gala screening of the documentary Levitated Mass: The Story of Michael Heizer’s Monolithic Sculpture on June 20 at 7:30 pm, taking place at the Bing Theater at LACMA, a stone’s throw away from where artist Michael Heizer’s famed boulder resides. LEVITATED MASS is the story of a rock star; the artist behind the sensation; a $10 million, 22-city tour; and the international media storm that ensued–but not in the way you might expect. Prominently displayed outside the Los Angeles County Museum of Art, renowned and reclusive land artist Michael Heizer’s “Levitated Mass” gained worldwide recognition during its installation in 2012. Over the course of 10 nights, a 340-ton solid granite boulder crawled through Southern California neighborhoods on a 294-foot-long, 206-wheeled trailer, drawing hundreds of camera crews and cell phone shooters alike to document its journey. Tens of thousands of people came out to watch the megalith travel through their communities to its final resting place over a 456-foot-long negative space formed by a concrete slot. “Levitated Mass” is one of the only pieces of art in recent history to inspire such a reaction in pop culture, bringing together the art community, public officials and the general population to debate the merits and pitfalls of a giant stone suspended above their heads. The film takes on Heizer’s passion for this piece and masterfully interweaves this influential artist’s biography with the backstory of the art (originally conceptualized in 1968), the dreams of a major museum, and the uniting of a city, examining the perennial question: “What is art?” The film is produced by Lynette Howell and Jamie Patricoff of Electric City.

Now in its nineteenth year, the 2013 Los Angeles Film Festival, which returns to downtown Los Angeles at L.A. LIVE for a fourth year and runs from Thursday, June 13 to Sunday, June 23, will screen a diverse slate of nearly 200 feature films, shorts and music videos, representing more than 40 countries, along with signature programs such as the Filmmaker Retreat, Music in Film Nights at The GRAMMY Museum at L.A. LIVE, Poolside Chats, Master Classes and more. Opening the Festival will be the North American premiere of Pedro Almodóvar’s I’m So Excited! Sponsored by American Airlines and closing the Festival will be The Way, Way Back from Oscar® winners Nat Faxon and Jim Rash and starring Steve Carell, Toni Collette, Allison Janney, Annasophia Robb, Sam Rockwell, Maya Rudolph and Liam James. Closing Night is sponsored by DIRECTV.  Visit www.lafilmfest.com for the most up-to-date schedule of films and programming.

Previously announced, the official 2013 Festival lineup as well as filmmaker David O. Russell who will serve as Guest Director and will receive the Spirit of Independence Award.  Also confirmed was a Master Class with Maya Rudolph, “An Evening With Costa-Gavras,” including the US premiere of his new film Capital, a Discussion with Spike Jonze, an “In Conversation” with playwright/filmmaker David Mamet and actor/stage magician/author Ricky Jay, a pre-Festival screening of Zach Snyder’s Man of Steel, and the addition of Disney•Pixar’s Monsters University to the Festival lineup. Also announced were the free Community Screenings including, Brasslands, a 20th Anniversary screening of Dazed and Confused from director Richard Linklater at FIGat7th and a Dance-A-Long screening of John Waters’ Hairspray at Grand Park in honor of its 25th Anniversary.

Tickets and passes are currently on sale to Film Independent members and the general public. In addition to screenings and events, Festival passes provide access to a series of networking receptions and entry to the Filmmaker Lounge, where Festival pass holders can interact with Festival filmmakers and professionals in the film community.  Contact the Ticket Office for passes, tickets and event information by calling 866.FILM.FEST (866.345.6337) or visit LAFilmFest.com.

For the eighth year, the Los Angeles Times will serve as the Festival’s Presenting Media Sponsor and will produce the Official Film Guide, the comprehensive source for all movie info, screenings, locations and related special events. The Film Guide will top the paper on Sunday, June 9 in Los Angeles and Orange County, and will be made available throughout downtown Los Angeles during the ten-day event.

ABOUT THE LOS ANGELES FILM FESTIVAL

Now in its nineteenth year, the Los Angeles Film Festival, supported by L.A. LIVE and the Los Angeles Times, showcases the best in new American and international cinema and providing the movie-loving public with access to some of the most critically acclaimed filmmakers, film industry professionals, and emerging talent from around the world.

Over 200 features, shorts and music videos, representing more than 30 countries, make up the main body of the Festival

More information can be found at www.LAFilmFest.com 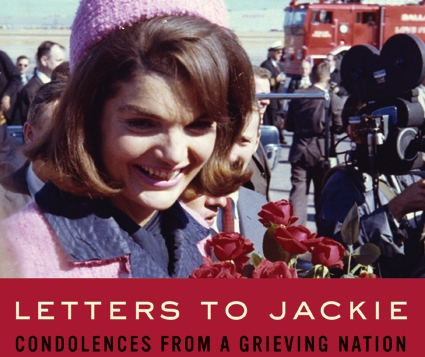 AFI DOCS presented by Audi (formerly Silverdocs) today announced the full schedule of films that will premiere in its 11th...