The 88th Annual Hollywood Christmas Parade, the largest Christmas event in America, announces its Grand Marshal and the 2019 talent lineup for its landmark anniversary celebration, which will take place on Hollywood Boulevard in Hollywood, California, on Sunday, December 1, 2019, at 5:00 p.m. PT. The host of Access Hollywood, Mario Lopez, and the Lopez family, are this year’s Grand Marshals. They will join an eclectic array of musical performances featured during the parade and national telecast, including Jesse & Joy, Dionne Warwick, Brandon Jenner, Sheléa, The Band Of Merrymakers, Rock of Ages, Shawn Wayans presents The Boo Crew, Phil Vassar, David Archuleta, Ace Young & Diana DeGarmo, James Maslow, Ashen Moon with Mikalah Gordon and Brandon Rogers. The parade will also feature a special tribute for Toys for Tots and a magic performance by Mai Wynn and Farrell Dillon of The CW hit series, “Masters of Illusion.”

The 88th Annual Hollywood Christmas Parade will premiere as a two-hour special on The CW Network on Friday, December 13 at 8:00 p.m. ET / PT. The parade, featuring Marine Toys for Tots program, which is essential in providing gifts to less fortunate children everywhere, will also air on the Hallmark Channel and on American Forces Network, to more than one million American servicemen and women worldwide.

The event will be presented and produced by Associated Television International, in association with The City of Los Angeles.

About Mario Lopez: Mario Lopez has the overwhelming desire to always keep active. The two-time Emmy-winning television host has joined “Access Hollywood” and has signed an over-all development deal with NBC/Universal. He also the host the nationwide iHeartMedia radio shows, “On with Mario Lopez” and “iHeartRadio Countdown with Mario Lopez.” Lopez co-created the upcoming Netflix series “The Expanding Universe of Ashley Garcia.” The Latinx family comedy centers on a 15-year-old robotics engineer and rocket scientist and her family. He not only has a proclivity for the entertainment industry, Lopez is also an avid sports fan. 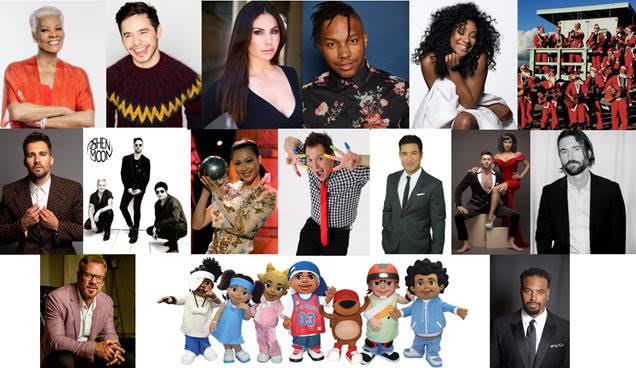 He has taken his love of sports, specifically boxing, to the next level as a host of the iHeartRadio podcast “The 3 Knockdown Rule.”. In September 2014, Mario released his first autobiography, “Just Between Us.” In his memoir, he shares his successes and disappointments, never before-told stories and family values. Mario became a New York Times best-selling author with his healthy eating guide, “Extra Lean.” In May 2011, he released the follow-up to “Extra Lean,” entitled “Extra Lean Family.” This new book featured recipes and tips beneficial to the entire family. Additionally, Mario penned “Mario Lopez’s Knockout Fitness,” a best-selling fitness book that offers readers a look into his impressive workout regime. Additionally, he co-authored “Mud Tacos,” a vibrant children’s book with his sister Marissa; and “Mario & Baby Gia,” a children’s book he wrote for his daughter Gia. “Mario & Baby Gia” is currently being developed into an animated series.

No stranger to rigorous routines, Lopez danced his way to the finals in the third season of ABC’s hit show “Dancing with the Stars.” Shortly after, in the summer of 2009, he successfully completed his first run on Broadway, starring in the long-running hit musical “A Chorus Line” as the beloved character Zach.

Mario was named the Alumni Ambassador of Fitness by the Boys & Girls Clubs of America (BGCA), joining the ranks of some 25 other prominent alumni, including Denzel Washington and former President Bill Clinton in the organization’s BE GREAT campaign. Via the campaign, he helps bring to light the major issues affecting today’s young people, including the importance of graduating from high school and maintaining a healthy lifestyle and the key role community-based organizations like BGCA play in the positive development of children.

Even with all his other ventures, Lopez is still in love with acting. He has recently appeared on the NBC hit drama “This is Us” and the CW series “Jane the Virgin.” Lopez has also appeared on “Brooklyn 99,” “The Roockie,” and a recurring voice on “Elena of Avalor” with his daughter Gia. He played ‘Dr. Mike Hamoui’ on eight episodes of F/X network’s popular show “Nip/Tuck,” Lopez’s run on the series bringing an instant and well-deserved cult following. Lopez previously starred in the highest-rated program in ABC Family history, “Holiday in Handcuffs” and also starred opposite Mark Consuelos in the made-for-TV movie, “Husband for Hire,” the most-watched program ever on the Oxygen Network. 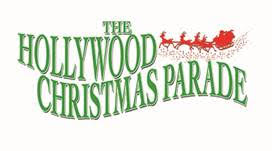 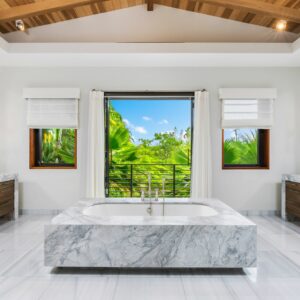 “Historic California Mansion Is Also America's Most Expensive Home” - The most expensive home currently for sale in...