Stevie Wonder, Kendrick Lamar Headline The Three-Day Festival September 25th. Life is Beautiful Festival announced the official artist lineup for the third edition of the music, food, arts and learning festival. In partnership with Another Planet Entertainment and Insomniac, Life is Beautiful will return to Downtown Las Vegas to provide festival- goers an exciting experience of world-class cuisine, extraordinary art and some of the world’s biggest musicians.

In collaboration with Insomniac, Life is Beautiful will host an entire Insomniac curated music area, taking over one of the four stages on the festival grounds. World leading and fresh faced dance music artists on this year’s lineup include Thievery Corporation, Porter Robinson, Major Lazor, DJ Snake, Tchami, Cashmere Cat and many more.

In 2014, more than 90,000 fans came together for Life is Beautiful, which expanded to a three-day festival following its amazing success. Now in its third year, the all-ages cultural experience continues to grow with the return of the world’s most influential culinary experts, artists and interactive learning sessions.

Directed by Ryen McPherson of Critical Focus, the 2015 Life is Beautiful Festival lineup video takes over Downtown Las Vegas with music by Atmosphere & Against Me!.

Tickets are now on sale at LifeisBeautiful.com. Advance tickets are available in limited quantities on first- come-first-serve bases.

Additionally, returning this year is the festival’s partnership with Wynn Nightlife, the industry leaders in creating one-of-a-kind entertainment experiences. In collaborating with Life is Beautiful, Wynn Nightlife will enhance the festival experience with unparalleled VIP services. Table and cabana packages will be managed by the experts who have set and raised the standards in award-winning venues such as XS, Tryst, Surrender and Encore Beach Club. Reservations are now being accepted. For inquiries: vipexperience@lifeisbeautiful.com.

For continued updates on the festival, artists and more, please visit www.LifeisBeautiful.com. 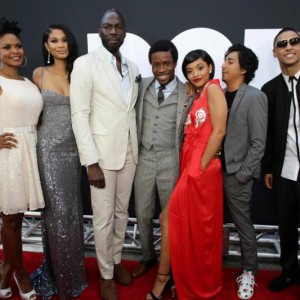 Dope The Must See Film Of the Summer Produce By Pharrell William. Some of our PPLM staff drop in to see the film Dope at a private...