New York, NY — Singer, songwriter, and rapper Sean Kingston releases the video for his new single “Beat It,” featuring Chris Brown and Wiz Khalifa, today via VEVO. The bass-heavy banger is already climbing the Top 40/Rhythmic radio charts, hitting top 20 after only two weeks at radio. The single is now available at all digital retailers.

The video, which features Kingston, Brown, and Khalifa cavorting in a Malibu mansion, was directed by Colin Tilley, who has lensed numerous clips for Brown, Justin Bieber, Nicki Minaj, Lil Wayne, and many others. Kingston says of the video, “It’s just the modern day Rat Pack. I’m 23, we’re all grown, so you really see us in a different light. Helicopters, luxury cars, Ferraris, classic cars, it’s really on the boss tip…” The collaborations with Brown and Khalifa came about organically, Kingston says. Both artists wanted to jump on the track after Kingston played it for them.

The undeniable hit has caught the attention of Sean’s music industry friends like  Soulja Boy, DJ Khaled, Teyana Taylor, Meek Mill, Floyd Mayweather, and Yo Gotti who have all been Tweeting about the track.

“Beat It” is the first single from Kingston’s upcoming album Back 2 Life, which Epic Records will release this summer. Like Kingston’s 2007 self-titled debut (featuring the double-platinum breakout hit “Beautiful Girls”) and 2009’s Tomorrow (featuring the smash singles “Fire Burning” and “Face Drop”), Back 2 Life boldly fuses reggae, hip-hop, R&B, and electro to create irresistible melody-minded pop. Kingston expanded his songwriting role and pushed for a fresh new sound, blending his newly strengthened vocals with fiercely inventive electronic effects and hard-hitting live instrumentation to offer up his most passionately inspired work to date.Kingston will hit the road in May and June for a series of radio shows to be announced. 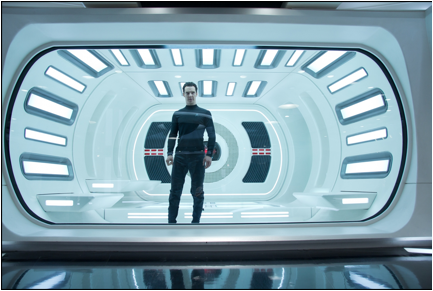 In the wake of a shocking act of terror from within their own organization, the crew of The Enterprise is called back home...