Neal and wife Lynn for the past 17 years have produced the most talked about Golden Globe and Academy Awards suites.  The RNSH Academy Award suites will open Feb 19th – 21st 2012 at the L’ Ermitage Hotel 9291 Burton Way Beverly Hills, CA in the Garden Suites from 9:30 am 7:00 pm daily. Stars will be pampered with beauty treatments as they prepare for the biggest night in the world.

The RNSH Suites has become THE PLACE for stars to get pampered, select gowns, shoes, handbags and jewelry for the Oscars. For the past 17 years we have had no less than 3 nominees and at least 8 stars wear designs from the clients in our suite to the Oscars and to major parties. Our suite also has a purpose by spotlighting a charity each year. Roger Neal say’s “WE ARE NOT A GIFTING SUITE.” However we do gift stars for coming and supporting our charities. 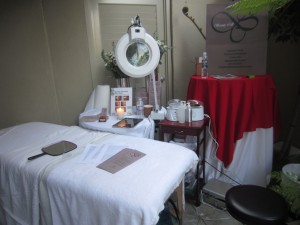 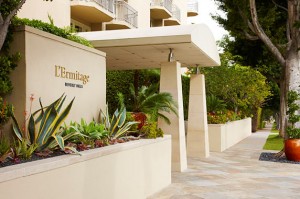 Our Presenting Sponsor world-renowned ISO BEAUTY, will be giving luxury hair care products that you can only get at our suite these are the most innovative in the world. ISO BEAUTY will be unveiling in the suite the worlds most expensive straighter worth $500,000 dollars and will have hair stylists doing styels and blowouts to prep stars for the big day, they will also have hair extensions available in the suite – Neal said” FOR THE FIRST TIME IN OUR OSCAR SUITE WE ARE EXCITED TO HAVE SUNLOUNGE TANNING AND SPA, they will be giving stars spray tans and will offer facials in the suite in complete privacy, as the stars prep for the Oscars. 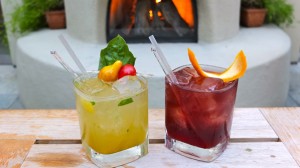 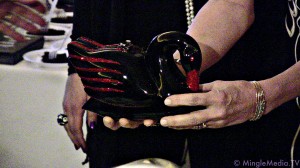 With so many stars watching EVERYTHING they eat Oscar Week, we are proud to have MIRACLE NOODLE products in our suite, these are pastas that have no calories, no fat, completely guilt free so you can have angel hair pasta, rice and not worry about putting on weight, they are vegan and easy to make samples will be given to stars in the suite to try.
Jewelry Designer Erin Fader will be in the suite with her exquisite jewelry, also artist Mario Dell Casa will showcase his celebrity art work, he will create a piece of celebrity art during the three day suite and has donated two jeannie bottles, www.jeanniebottles.com from the I Dream of Jeannie Series signed by Barbara Eden, and the Late Larry Hagman, in fact these are last two autographs that Larry Hagman gave before his death, these two bottles will be signed by the nominees and A list stars and given to our two charities to auction off with all proceeds going to their charity, this year our two charities are the Performing Arts Magnet at Hollywood High School, they lost their funding due to the LAUSD cutbacks and now have to fund everything they do, these are the stars of tomorrow, and Gentle Giants Rescue, which was founded by Burt Ward who starred as Robin on the TV series batman www.gentlegiantsrescue.com

Neal said ” We are excited to have Oscar Nominee and Emmy winner Renee Taylor’s, Renee Taylor Face Love www.rtfacelove.com incredible product in our suite this year.” The RNSH suites will have beauty treatments for stars and media including: Facials, Massages, Instant facelifts,, Eye Brow & Lip waxing. manicures and pedicures in the suite, Neal, says, “What we are having is an exclusive invitation only suite, where stars will be invited into a much needed relaxing and comfortable atmosphere, to be pampered with some of the most expensive treatments available today.” 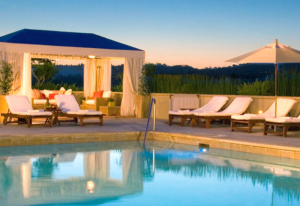 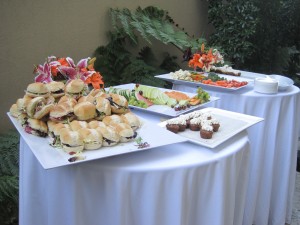 Celebrity Chef Kurt Ehrlich, who was the chef for Presidents Reagan and Ford, Roy Disney and many of Hollywood’s biggest stars, will be providing food each day. Neal says ” We are thrilled to have Chef Kurt, his 5 star food is incredible.” Chef Kurt’s Celebrity Gourmet Catering and his new restaurant The Hollywood Pasta Company in Burbank, CA has fast become one of the hottest spots for stars to dine in Los Angeles. www.hollywoodpastacompany.com

In addition the RNSH suites will have Jewelry, Shoes, Starfire Water, and many other surprises for the stars and media who attend. Roger Neal Style Hollywood is proud to support Gentle Giants Rescue the largest big dog rescue in the world www.gentlegiantsrescue.com and the Performing Arts Magnet at Hollywood High School as the two charities we will benefit and spotlight this year in our suite.

The Original Glee H20 from the Performing Arts Magnet will perform on opening day in the suite, and Burt Ward who starred as Robin on the classic TV series Batman will appear for his Gentle Giants Rescue, both of these are non profit charities – Celebrity Gown Designer Shekhar Rahate will have his Oscar Collection of Gowns in the suite. Over the past two years multiple stars & Nominees wore Rahate to the Oscars including Marriane Brock whose movie LOVE OF GOD was nominated and WON! and the wife of Oscar Nominated exec producer of THE ARTIST.

There will also be a very special section for men, pampering them from head to toe. Leon Cigars will be hand rolling cigars . and royal shaves, manicures as well for men. STARFIRE WATER is the official water for the suite this year, hydrogen rich water makes you shine like a star, Starfire water with Etherium Gold is the cell replenishing superconducting magnetized water that people are talking about.

Neal said ” We are excited to have the king of eyelashes for stars DANIEL DINH from Long Mi Lash doing eyelashes for the stars Oscar week. Celebrity Handbag Designer Timmy Woods will have her handbags for stars to carry on Oscar night.

VIP Bartenders will be serving special Oscar week drinks from the most popular spirit brands. VIP will be serving incredible cocktails, champagne, wine, and their special Oscar-tinis….. Mary’s Cakes the hottest celebrity cakery will delight with a very special cake.
Best Selling Author ADAM RENDON will be in the suite singing his book THE VALLIE. The gift bag is worth over $15k. This year the gift bag will include: Stays at the Belleek Castle in Ireland built in 1831, Stays at 5 star resorts in the U.S., Stays at the most historic B&B Gold Mountain Manor B&B Big Bear Lake, CA. jewelry, shoes, cosmetics, cigars, hair care products, hand painted scarves, special cakes, exclusive restaurants, champagne, wine, tequila vodka, and a whole lot more etc. 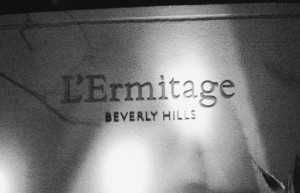 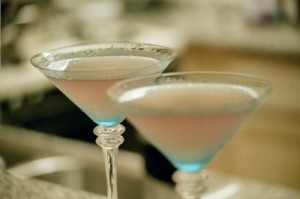 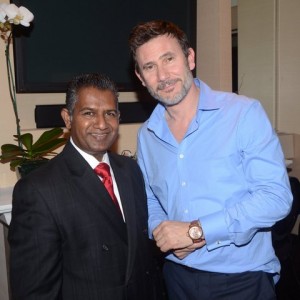 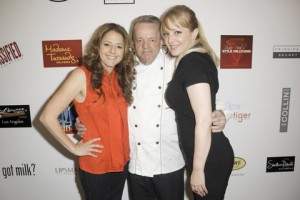 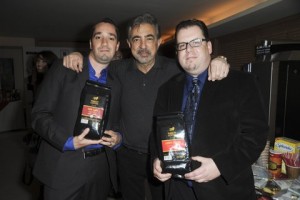 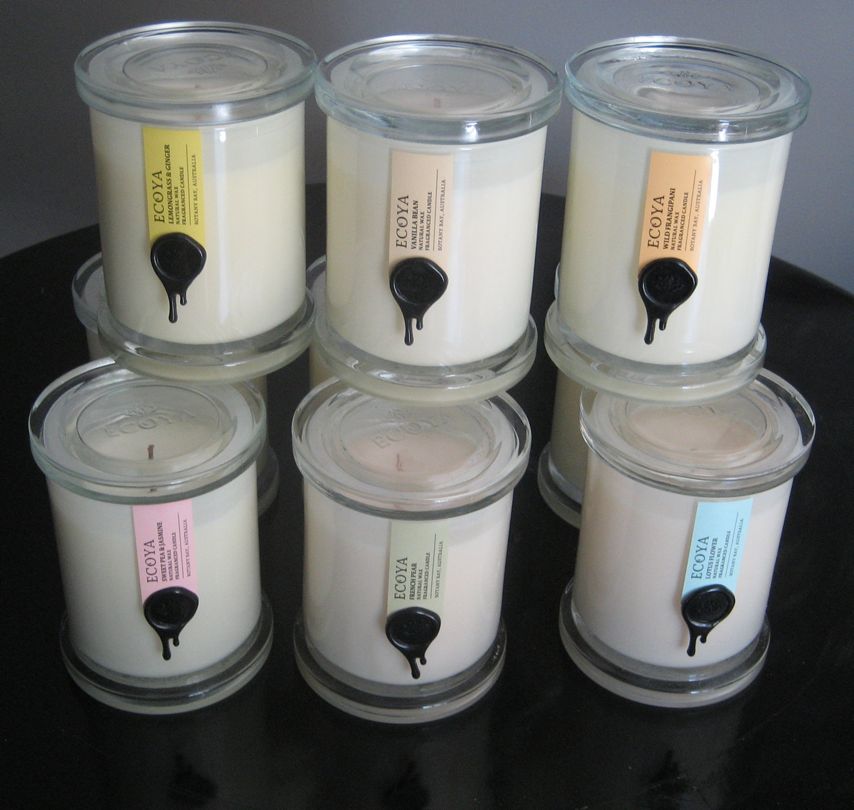 We love ECOYA the candle aromatherapy experience is amazing. Our favorite candle amongst the many we will share with you are Josephine...