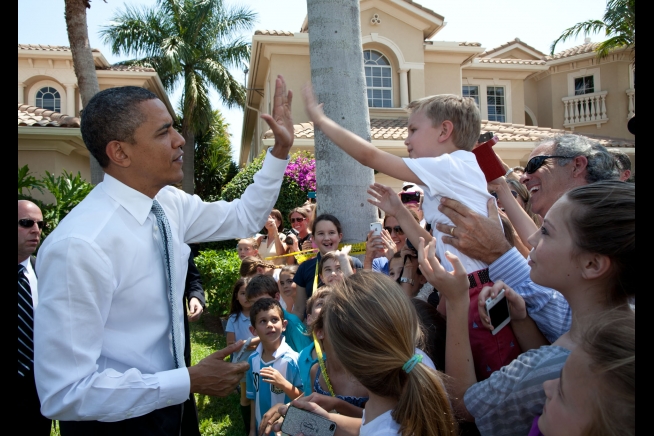 In his State of the Union Address, President Obama laid out a blueprint for an economy built to last—an economy built on American manufacturing, American energy, skills for American workers, and a renewal of American values.

The President has worked tirelessly to get our economy growing again, but he knows there’s much more we can and must do, and that includes making smart investments in education that lead to better jobs and a stronger middle class. The strength of the American economy is inextricably linked to the strength of America’s education system: particularly at this make-or-break moment for the middle class we must continue to invest in creating an American workforce that has the skills for success in the global economy.  At a time when the average earnings of college graduates is twice that of workers with only a high school diploma, higher education is the clearest pathway into the middle class.

However, the cost of college is putting an affordable education out of reach for too many Americans.  Access to higher education today has become increasingly expensive for families:

Reductions in state funding and support for institutions are making the college cost problem even more challenging, forcing students to absorb cuts through higher tuition prices and significantly increasing the extent to which students must rely on loans to finance postsecondary education.

In order to ensure more hard working and responsible students have a fair shot at an affordable higher education, President Obama is calling on states, colleges and universities, and Congress to act to curb rising prices and make higher education more affordable for all Americans.Read more here: http://www.whitehouse.gov/the-press-office/2012/04/23/educating-our-way-economy-built-last-stopping-student-loan-interest-rate