Obama, Your Retirement Plans, “myRA” Accounts This Fall May Alter

Important changes are coming this fall for what’s become one of the biggest concerns of the era: affording retirement. Those who are saving for retirement and meticulously troubleshooting tax obstacles may want to restructure their plans. While members of Congress continue to battle over the budget, the Obama administration is preparing to roll out “myRA” savings accounts – IRA accounts – for those who do not currently have access to one.

When the “myRA” account reaches a certain amount, fledgling savers can roll it into a regular IRA account; different states will have their own guidelines. However, some of the benefits of existing savings options could be in peril, says financial advisor Jake Lowrey, president of Lowrey Financial Group, (www.lowreyfinancial.com).

Those include some of the tax advantages of retirement accounts currently enjoyed by higher-income workers. Some Roth IRA owners may also lose their exemption from required minimum distributions, or RMDs, while IRAs totaling less than six figures could see RMDs disappear.

“There will be many people who’ll be unhappy about the changes and that’s understandable, but some may help our country avoid an avalanche of retirees facing poverty,” Lowrey says.

In just 15 years – 2030 – the last of the baby boomers will have reached 65. That means one of every five Americans will be of retirement age, according to the Pew Research Center’s population projections.

“Most people simply don’t know how to plan for retirement, and that’s made even more challenging with the changing government policies,” says Lowrey.

He offers guidance on choosing between a traditional IRA and a Roth IRA as a retirement savings vehicle.

•  Traditional IRAs and Deductibility: For either traditional or Roth IRAs, it’s all a matter of how one prefers to be taxed. Generally speaking, the money you deposit in a traditional IRA isn’t taxed that year, and whatever earnings you have on your contributions won’t be taxed until you withdraw that money as a retiree.  So, if you earn $40,000 in one year and put $3,000 of it in an IRA, your taxable income drops to $37,000. The deposit will grow tax-free through the years. If you withdraw any before age 59½, you’ll face a penalty. After that, you can withdraw and the money will be taxed as earned income.

•  Roth IRAs, Exemptions and No RMDs: Roth IRA contributions are never deductible. You pay taxes on the money when you earn it, just like any other income. The benefit of a Roth is that when the owners decide to withdraw from it after age 59½, they will not be faced with any taxes. In other words, the Roth offers tax-exempt rather than tax-deferred savings. Also, traditional IRA rules include required minimum distributions (RMDs). With a traditional IRA, you must begin to take RMDs by April 1 of the year following the year you reach age 70.5, but that isn’t the case with a Roth IRA.

•  The Best of Both Worlds? Naturally, IRA owners want to chart a path in which they’re penalized with taxes the least. It may be possible to cushion one’s retirement savings against future tax increases by converting some of an IRA to a Roth and earn tax-free gains going forward.

“Converting to a Roth will make sense for many people, and if you’re eligible to contribute to both types of IRAs, you may divide contributions between a Roth and traditional IRA,” Lowrey says. “But the total contributions to both must not surpass the limit for that tax year.”

Jake Lowrey is a financial consultant and president of Lowery Financial Group, (www.lowreyfinancial.com), an ethical and professional firm that guides clients to retirement success, including planning for long-term care needs. As a relationship-driven organization, Lowrey and his team educate clients about the newest, most progressive retirement and long-term care planning strategies to assure a brighter financial future.

Dracula Untold, the Must See Film of The Month 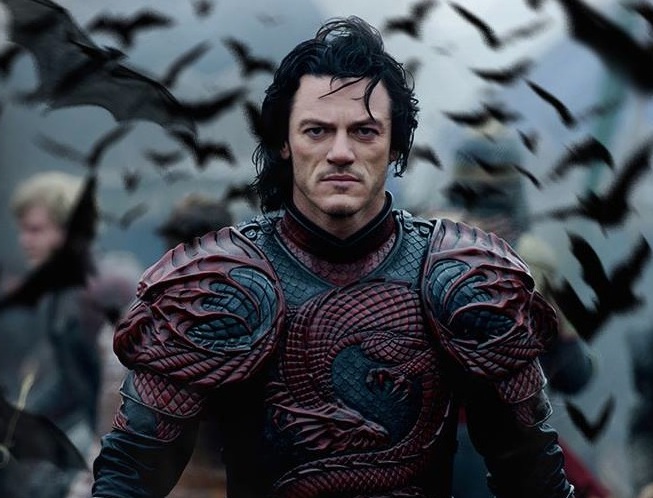 Dracula Untold, the Must See Film of The Month

I must share, our news team is really into the Dracula movement, sure to gain millions of fans after they review this film....