Nick Wooster, famed fashion director and Internet phenomenon returns to edit the second edition of PROJECT Wooster. Nick will showcase his personal exploration of how brands interpret the evolution of fashion and how they adopt and mold historical references into collections that move us forward and shape the future. Using Tokyo as a pivotal source of inspiration, PROJECT Wooster highlights Japanese designers and exposes their mastery in crafting product that transcends culture and time. It is this attention to detail that has driven Nick to unveil his first PROJECT Wooster collection in partnership with brands that he feels represent the best in class in each category.

PROJECT Wooster uncovers a systemic way of dressing that not only inspires individuals but also helps global retailers look at fashion though the eyes of those who are the masters of interpretation. Nick Wooster is a Manhattan based men’s fashion consultant. Labeled by GQ as an “Internet Superstar Fashion Director,” Wooster most recently held the title of Men’s Fashion Director for Neiman Marcus and Bergdorf Goodman.

Wooster’s veteran fashion career began at Barney’s New York as a buyer, and then onto the likes of Bergdorf Goodman, Calvin Klein, Ralph Lauren, and John Bartlett where he became President.

With the dynamic roster, and 360 degree experience of the industry, Nick saw the opportunity to start his own consultancy. In May of 2001, Wooster Consultancy came to fruition with clients such as Thom Browne, Mac Cosmetics, Chaiken Clothing, ABS by Allen Schwartz, Vieux Carre, David Kahn Jeans, and The Collection.

After four years of successful business, Nick became the GMM of Rozae Nichols, and then the Director of Creative Services at Splendid and Ella Moss. Today, Nick has become a fashion icon and internet phenomenon where his unparalleled take on tailored menswear graces the page of every men’s fashion blog.

Sugarland Will Launch Their Sixth Tour “In Your Hands”

Ice Cube Shows Off His Comedic Chops in “21 Jump Street” 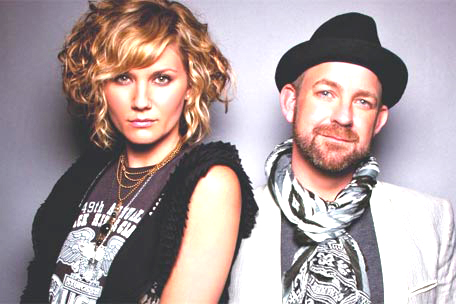 Sugarland Will Launch Their Sixth Tour “In Your Hands”

Reigning CMA and ACM Vocal Duo of the Year Sugarland will launch their sixth consecutive headlining tour entitled “IN YOUR...