Four friends are set to win a once-in-a-lifetime trip to space with Land Rover’s Galactic Discovery  competition, a ground-breaking on-line search for a group of aspiring astronauts to go on the ultimate adventure.

The incredible Virgin Galactic space flight prize was announced to audiences around the world through a film featuring a group of the world’s greatest-living adventurers and personalities, including Sir Richard Branson, Bear Grylls and Sir Ranulph Fiennes.

It will be the first time that a competition has offered the chance for a group of four friends to win a trip to space.  The winners will be among the first pioneering travellers to view the earth from space and experience out-of-seat zero gravity.

The extraordinary opportunity is being offered by Land Rover and Virgin Galactic to mark the reveal of the New Discovery Sport, a compact and versatile SUV and first of a new Discovery family. The car was unveiled to the world in a film shot at Spaceport America, New Mexico, which will be the base for Virgin Galactic’s sub-orbital space flights. The film forms part of Land Rover’s biggest ever digitally-led campaign, debuting the New Discovery Sport exclusively to an online audience for the first time.   Over the next four months, the brand will harness the power of social media, PR and digital marketing across 40 countries to launch the New Discovery Sport and seek out the world’s most adventurous spirits.   The campaign will culminate with the announcement of the four winners in December 2014.

British adventurer and Land Rover ambassador, Bear Grylls, will play a hands-on role in helping the winning group prepare for their voyage beyond the final frontier.

Land Rover has assembled a group of experienced adventurers and personalities to back the Galactic Discovery mission, including legendary British explorer Sir Ranulph Fiennes; entrepreneur and founder of Virgin Galactic, Sir Richard Branson; and former actress and wildlife campaigner Virginia McKenna. Each of the stars brings their adventurous spirit, gravitas and wisdom to the launch film, which can be viewed at: www.landrover.com/gotospace

To enter the competition, aspiring astronauts from across the globe are being asked to produce a 30-second video, or a still image, that demonstrates their spirit of adventure, choose three friends to join them on their space adventure and submit it via Land Rover’s website (http://www.landrover.com/gotospace). Land Rover expects to receive tens of thousands of entries from over 40 countries across the globe.

The Galactic Discovery collaboration signals the next phase of two pioneering companies – Land Rover and Virgin Galactic – working together to push the boundaries of travel and adventure for the next generation. A global partnership between the brands was announced in New York in April this year, and when flights begin, a fleet of Land Rovers will play a key role in Virgin Galactic’s space experience, with future astronauts driving in the vehicles from the spaceport in New Mexico to the spaceship to begin their trip across the final frontier.

Land Rover and Virgin Galactic are now exploring potential collaborations, projects and the development of immersive experiences for customers. They are also actively working together on joint STEM education programmes, which encourage young people to aspire to a future in science, technology, engineering and mathematics. Both brands see the huge potential to develop their partnership to inspire others and motivate more young people to pursue careers in these vitally important fields.

Land Rover Galactic Discovery has been launched in celebration of the unveiling of the New Discovery Sport, the world’s most versatile premium compact SUV, and the first member of the new Discovery family. 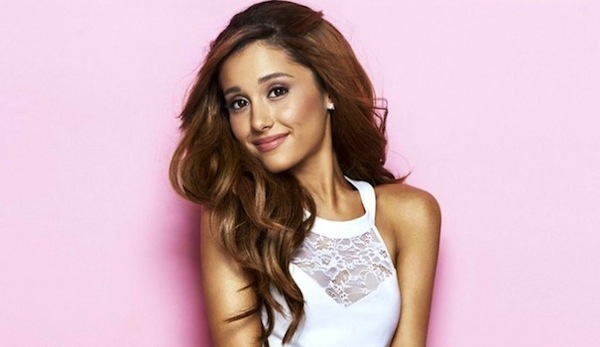 The year’s most anticipated album and ARIANA GRANDE’s sophomore effort, My Everything [Republic Records], will be available...