H&M, the popular international retailer known for offering fashion-forward apparel and quality basics, is excited to announce its participation in “Fashion Star,” which premieres March 13, 2012 with a 90-minute episode (9:30-11 p.m. ET) and will resume with one-hour episodes on Tuesday, March 20 (10-11 p.m. ET). H&M’s business concept is to offer fashion and quality at the best price and their participation in this exciting new NBC program allows them to do just that.

“Fashion Star” is a 10 episode primetime television series hosted and executive produced by supermodel Elle Macpherson who has also appeared in past H&M advertising campaigns. Fourteen hopeful fashion designers will compete to sell their clothes every week to a buyers’ judging panel composed of three retailers, H&M, Macy’s, and Saks Fifth Avenue.  H&M’s Nicole Christie sits on the panel with her trained eye searching for garments that match the profile of the H&M customer and fit into the latest trends in stores. Mentors, Nicole Richie, Jessica Simpson and American Fashion designer John Varvatos, will advise each competitor through the challenges.

Buyers from each retailer make on-the-spot decisions as they bid against each other to purchase the designs that will be sold in their stores.  At the end of each episode, America will have the chance to immediately purchase the winning designs showcased on the episode that week at the winning buyers’ corresponding store.

Nicole Christie explains, “H&M is really excited to play such a key role on ‘Fashion Star.’ With Elle, Jessica, Nicole, and John’s input, these designers will strive to impress all of us on the panel along with the viewing audience. The concept of selling the weekly winner’s designs immediately after the show was so appealing to us and allows fashion to be accessible for all.”

“The show is extremely competitive and my main priority is to choose garments that work into our current merchandising mix and reflect our brand. We want to show everyone involved and the viewers alike that fashion is not a matter of price, added Christie.”

The winning designs that viewers see on TV that night will be available online immediately following the show at www.HMfashionstar.com and in stores the very next day. Along the way designers whose items have not been bought will be eliminated until there are only three designers left in the final episode. These designers will then create “complete collections” that are available in all three retailers.

With just a single trip down the runway, ‘Fashion Star’ will change the lives and fortunes of these aspiring designers forever. In the end, one designer will successfully combine fashion and business to become the ultimate ‘Fashion Star’ and will receive the prize of a lifetime – an exclusive capsule line in all three stores.

“Fashion Star” scours the country in search for the next big brand in fashion.  Featuring host and executive producer Elle Macpherson along with celebrity mentors Jessica Simpson, Nicole Richie and John Varvatos, the series will give 14 unknown designers the chance to win a multi-million dollar prize to launch their collections in three of America’s largest retailers: Macy’s, H&M and Saks Fifth Avenue.

The “Fashion Star” format was developed by Ben Silverman of Electus (NBC’s “The Biggest Loser,” “The Office,” and “The Tudors”), Rick Ringbakk of Emmy Award-winning 5×5 Media (“Jamie Oliver’s Food Revolution”), and E.J. Johnston and James Deutch of EJD Productions.

The show is executive-produced by Macpherson, Silverman of Electus, Jane Lipsitz and Dan Cutforth of The Magical Elves, Rick Ringbakk of 5×5 Media) and E.J. Johnston and James Deutch of EJD Productions.  Electus/Engine Distribution will retain all international distribution rights. 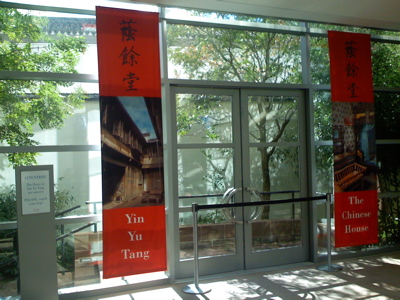