Sharingthe details for what promises to be his biggest record yet, DJ Khaled reveals his twelfth full-length—the mega-anticipated Father of Asahd—will arrive in stores and at all digital retailers on May 17, 2019 via We The Best Music Group/Epic Records.

The GRAMMY® nominated multiplatinum artist, music industry visionary, innovative influencer, mogul, and mega-producer personally disclosed the date on social media this morning and set the internet on fire as it trended worldwide. In keeping with a history of making major moves in the midst of other major moves, Khaled sends the culture into a frenzy by unveiling the news on the eve of the Nickelodeon Kids’ Choice Awards—which he will host for the first time tomorrow, Saturday May 23. It airs LIVE at 8p ET. Expect many surprises and his presence to fuel the proceedings.

Following back-to-back number one debuts on the Billboard Top 200, countless multiplatinum and gold plaques, a Hot 100 #1, and billions of streams, Khaled raised the bar yet again for Father of Asahd. The album represents him at the peak of his powers as an artist, producer, curator, and musical force with his most unexpected and earth-shattering collaborations to date. He will drop more hints soon as well as the first single as anticipation only increases.

Named after his two-year-old son and the album’s co-producer, Father of Asahd stands primed to be his most powerful moment yet. 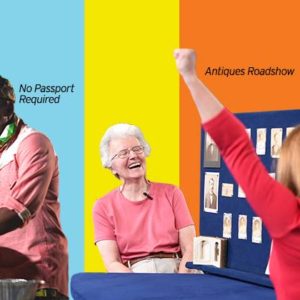 PBS Distribution announced today the launch of PBS Living, a new streaming service that brings together the most popular,...