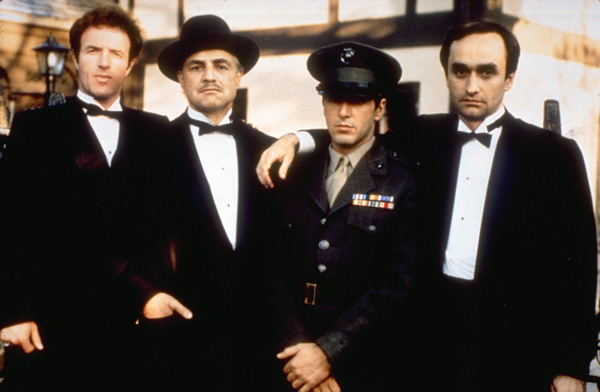 Cinemark and Paramount Pictures Celebrate the 40th Anniversary of

Cinemark Holdings, Inc., a leading motion picture exhibitor, is proud to partner with Paramount Pictures to offer movie-goers the opportunity to see Francis Ford Coppola’s restored version of his Academy Award®-winning “The Godfather,” on 55 Cinemark XD auditoriums across the country, on Thursday, March 1, 2012. The film was meticulously restored using 5.1 digital surround sound and re-mastered using state-of-the-art technology, then transferred to files making it available to be seen on Cinemark XD screens.

“There is no greater iconic film than “The Godfather,” states James Meredith, VP of Marketing and Communication at Cinemark. “It has set the standard for story-telling, launched a generation of great actors, and provided movie-goers an unparalleled experience. Cinemark is excited to give fans of this movie the opportunity to now see it like never before in our extremely popular XD auditoriums, which offer a complete entertainment environment featuring enormous wall-to-wall and ceiling-to-floor screens, plush seating, and custom JBL sound systems with higher end components and 7.1 capable digital surround sound.”

“The Godfather,” Francis Ford Coppola’s epic masterpiece features Marlon Brando in his Oscar©-winning role as the patriarch of the Corleone family. Director Coppola paints a chilling portrait of the Sicilian clan’s rise and near fall from power in America, masterfully balancing the story between the Corleone’s family life and the ugly crime business in which they are engaged. Based on Mario Puzo’s best-selling novel and featuring career-making performances by Al Pacino, James Cann and Robert Duvall, this searing and brilliant film garnered eleven Academy Award® nominations, and won three including Best Picture in 1972. It is considered by many to be one of the greatest American films ever made. The film has been rated R by the MPAA.

The Coppola Restoration of “The Godfather” 40th Anniversary Edition as a project began in 2006 between Paramount Pictures and the director. Archivist Robert Harris joined the project, followed by the original cinematographer of the film Gordon Willis, to complete the team who worked arduously on the film for over a year going through the original prints, re-release prints, and negatives, shot by shot, foot by foot, frame by frame and even sprocket hole by sprocket hole.