The open road, the bohemian atmosphere, the existential mythology of travel-these were the visions the Brazilian singer Céu had in mind while creating her latest album, . Numerous road trips from her São Paulo home to Brazil’s Northeast proved to be the perfect inspiration for her new sonic adventure. Caravana Sereia Bloom is due out April 3 on Six Degrees Records.

Céu stretched her musical vocabulary by exploring a multitude of Latin American sounds and incorporating styles such as cumbia, lambadas, carímbos, bregas and guitarradas. As a result, Caravana Sereia Bloomis the Grammy/Latin Grammy-nominated singer’s boldest work to date. The album follows Vagarosa, which was deemed “the finest Brazilian album of the year” by The Guardian in 2009 and “international pop, but with strong American affinities” by The New YorkTimes.

“Basically this entire album is a collection of short tales revolving around the chaos of a road trip,” Céu explains. “The record as a whole was a way to pay tribute to ‘Caravan Holiday‘ from the movie Bye Bye Brasil. In each song I put myself in a different character’s place.”

“All the files were sitting in a big folder on my computer under a very boring name: Studies on the Road,” says a reflective Céu. “So I decided to mix the title of one song with a word found in the lyrics of another. Then I added ‘Caravan’ in front of the sentence. In the end it made a lot of sense, as the album was created in partnership with a lot of other people.”

On Caravana Sereia Bloom, you can really hear how much Céu is enjoying her own journey throughout the 13 tracks and 35 minutes of the recording. Producer Gui Amabis does a fantastic job of allowing stripped down guitars to convey a constant sense of momentum. On the ska-based, carnival-esque “Asfalto e Sal,” Céu uses airy guitar riffs and lazy drum rhythms so prominent in Caribbean music to seduce your ears.

“Retrovisor,” the album’s first single, meaning “rearview mirror,” is set in a dark bar near the end of a karaoke night where the last performer sings about heartbreak to a disgruntled crowd. Keeping true to the record’s theme, Céu and crew took their own road trip to Recife’s Vila Velha to film the video. “Retrovisor” recently premiered on MTV Iggy, which noted that “the many glittery wardrobe changes, her equally sparkly and ethereal voice, and the cool mid-song tempo change is fit for the Gods.”

As Céu also draws on her lifelong love for reggae music, pieces of popular Brazilian music from the Northeast are embedded in lush reggae-inspired grooves. “You Won’t Regret It” is a beautiful rendition of the traditional Studio One Jamaican song from the 60s, and one of three tracks recorded in English on the new album. Céu called on friend and experimental vocalist Lucas Santtana for “Streets Bloom,” another song recorded in English.

Céu’s take on traditional bossa nova and samba colored her self-titled debut and put her on the global map. Céu was the first international album chosen for release in Starbucks Hear MusicTM Debut series. As illustrated by Miami New Times while on tour in 2011, “the sexy songstress from São Paulohas made considerable strides to internationalize her sonic signature.” With Caravana Sereia Bloom, Céu continues to push musical boundaries by exploring new sounds and further developing her own unique and personal sound. 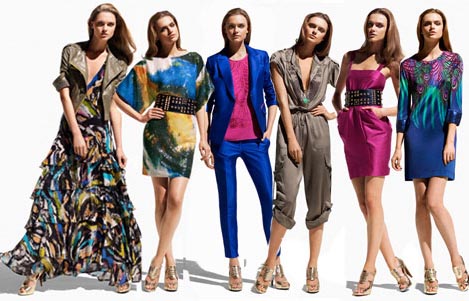