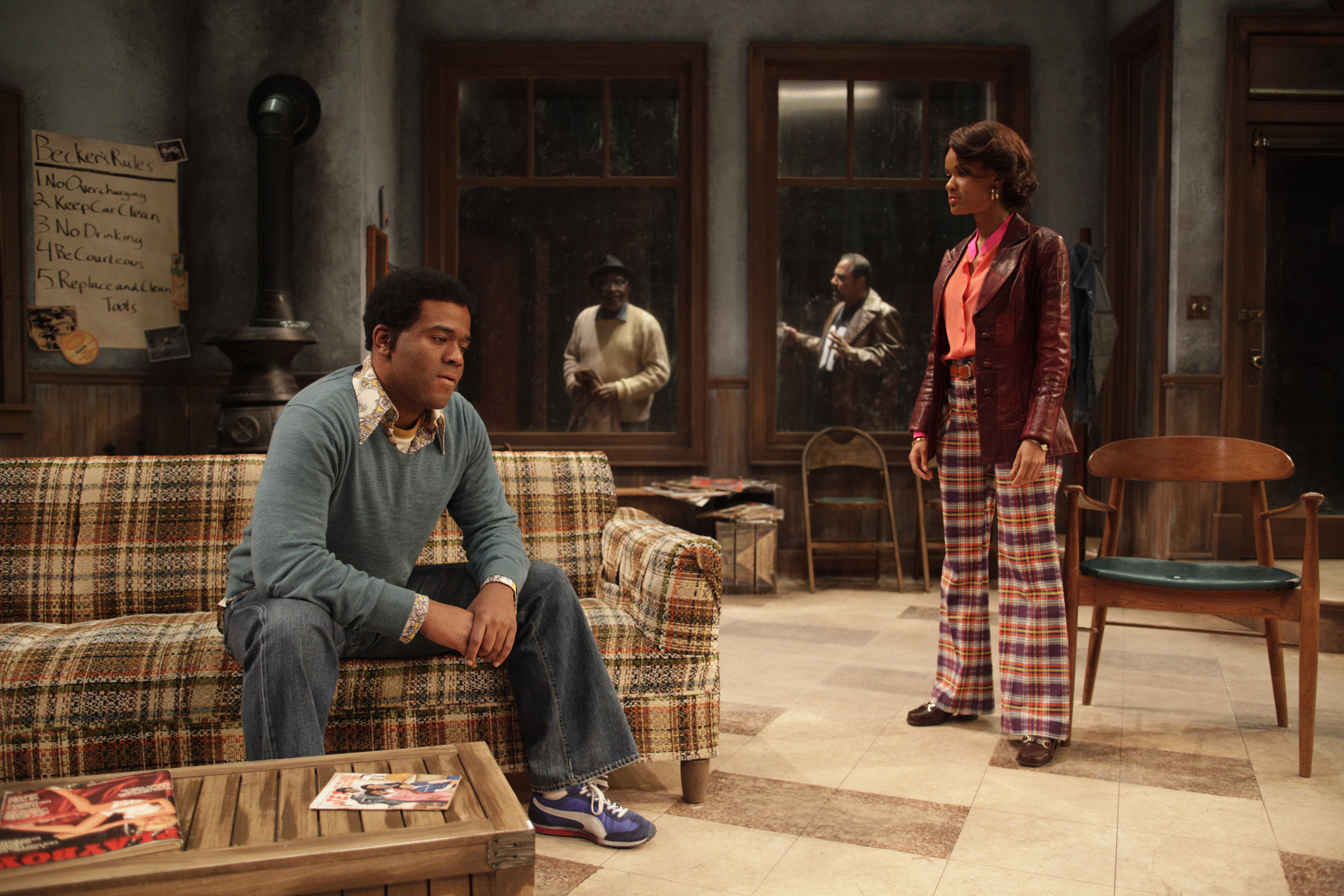 Jitney, always a satisfying, ride. August Wilson is arguably the most significant American playwright of the 20th, century and whose significance, will, perhaps follow him in perpetuity. Wilson has the unique distinction, of chronicling the lives of African Americans, in every decade of the 20th century, which he completed his final play, Radio Golf in 2005, the year of his untimely death.

Playwright Ed Bullins was the first to attempt, a 20th century, cycle to depict the complex lives of balck folks in a century of struggle and triumph. Commercial success eluded Mr. Bullins, whose stark and unflinching work is no less important. Jitney, is Wilson’s post civil rights era 70s play, set in a car service headquarters in Pitts burgs working middleclass Hill district. The play explores the lives of the drivers and their struggle to fight against, an attempt to gentrify the neighborhoods, and put them out of business.

There is a young couple, (Youngblood and Rena) who illustrate the hope of the future and a father and a sons’ re-union after 20 years, I consider one of the best scenes written in the American theatre and worth the price of admission alone. This Pasadena playhouse production, directed by Ron OJ Parsons, is fluid and well paced, rendition of Wilson’s first play Jitney.

Parsons knowledge of 70s music put you on a stunning funky, walk down memory lane. The tasty choices in Vinnie Oliver’s sound design, made audience members and myself bop to the eclectic soundtrack from, Jon Lucien to Bitches Brew, as Miles Ran The Voodoo Down. The acting was serviceable with Ellis Williams as Turnbo, a Chatty Kathy town gossip and Greg Daniels as, the comically tragic doorman, Philmore.

The true stand out and centrifugal force of this production is Charlie Robinson as the station patriarch, a tower of dignity yet a man in so much personal agony, he could literally implode.

Robinson is wonderful as Jim Becker. There are some writing flaws in the second act, some abrupt transitions and a bit of melodrama, however the Pasadena playhouse Production of Jitney is quite a satisfying ride. Jitney plays from June 21st-July 15th – Report by Barry Henley.