Atlantic Records singer/songwriter Katy Tiz has released a live acoustic performance of her hit single “The Big Bang.”  Tiz’s smash single, “The Big Bang,” is currently flying up the pop radio charts. Written and produced by Rock Mafia, the track’s success got underway last month when Clear Channel/iHeartRadio declared Tiz as their “On The Verge” artist.  “The Big Bang” exploded right out of the box, with total audience numbers now in excess of 11 million.  The track is now climbing the iTunes Store’s “Top Pop Songs” chart (currently at #47) as well as Shazam’s “Top 100 USA.” An official companion video for “The Big Bang” will follow shortly.

Tiz has fast earned accolades for her banging blend of wry lyrics with contemporary pop hooks and propulsive hip-hop and reggae-inspired beats. The LA-based singer/songwriter is currently hard at work recording her eagerly anticipated debut album, set to arrive via Atlantic later this year. 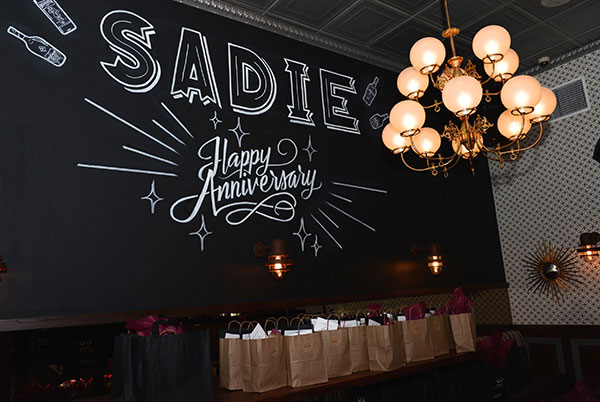 Sadie Kitchen & Lounge celebrated its two year anniversary in conjunction with Project Ethos on May 13, 2014. With...