AIDS Healthcare Foundation has partnered with XLrator Media and MVP Filmz to promote “Tickets for Testing,” a program that offers FREE tickets to the opening of Mario Van Peebles’ highly-anticipated teen movie WE THE PARTY to those who take a FREE HIV test on opening day, April 6, 2012, while supplies last.  AIDS Healthcare Foundation approached Van Peebles about the collaboration after members of the organization attended a screening of WE THE PARTY.  The movie, which promotes important topics such as safe sex among teenagers, serves as an integral medium in raising awareness about the issue.
“While this film is a comedy, it also has a serious message about the issues that face our community today,” says Van Peebles.  “We believe in the work of the AIDS Healthcare Foundation in educating the community, especially the inner-city youth, about HIV/AIDS.  As a filmmaker and a proud father of five, I feel it is not only my duty to showcase the challenges that face our children today on the big screen, but to also make sure that we teach them to take personal responsibility to ensure their bright future.”

AIDS Healthcare Foundation’s mission is to raise awareness and to reduce rates of HIV/AIDS in the inner-city community.  The Centers for Disease Control and Prevention (CDC) reports that in 2009, young blacks accounted for 65 percent of diagnoses of HIV infection reported among young people ages 13 to 24. The CDC also reveals that sexual intercourse at an early age and unprotected sex play a significant role in the spread of the disease as nearly half of high school students have had sexual intercourse.

“I am proud of the work that Mario Van Peebles has done in the movie in portraying a positive image of inner-city youth and the promotion of safe sex in WE THE PARTY,” says Thelma Mc Clinton from AIDS Healthcare Foundation.  “We’re excited to partner with Van Peebles and his cast and crew for raising awareness about this important issue.”
WE THE PARTY’s “Ticket for Testing” will take place on April 6, 2012 at the Baldwin Hills Rave Cinemas (4020 Marlton Avenue, Los Angeles, Calif. 90008).  AIDS Healthcare Foundation and Charles R. Drew University mobile units will be present on the red carpet offering FREE HIV rapid testing for anyone wanting a FREE ticket to see the movie.  Celebrities from the film will also be on hand to support the project, taking pictures by the mobile units and state, “It Is No Big Deal to Take an HIV Test.”
Distributed by XLrator Media, WE THE PARTY takes a revealing look at contemporary youth culture and shows teenagers as they are, not as adults would like them to be.  Set amidst the latest trends in music, dance and fashion, WE THE PARTY is a colorful, cutting-edge comedy set in an ethnically diverse Los Angeles high school during America’s first black president.  The film focuses on five friends as they deal with romance, money, prom, college, sex, bullies, Facebook, fitting in, standing out, and ultimately finding themselves.  Evoking such classic teen comedies as The Breakfast Club and House Party but with an attitude and style all its own, WE THE PARTY captures the hopes, confusion, challenges and dreams of today’s teenagers as they plunge headlong into an uncertain future.
The film features Snoop Dogg, YG, The New Boyz, The Rej3ctz, The Pink Dollaz, Mario Van Peebles (New Jack City), Michael Jai White (Tyler Perry’s Why Did I Get Married Too?), Salli Richardson-Whitfield (I am Legend), Mandela Van Peebles (Baadasssss!), Simone Battle (“The X Factor”), Moises Arias (“Hannah Montana”), Orlando Brown (“That’s So Raven”) and Quincy Brown. 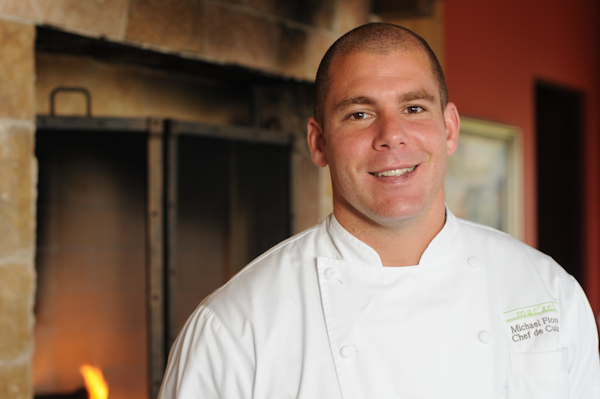 Terranea Resort today announced that Chef Michael Fiorelli of mar'sel has been selected as the About.com 2012 Readers' Choice...