AFI FEST 2014 presented by Audi, a program of the American Film Institute, announced their cultural partners and sponsors for this year’s festival which will take place November 6 through 13 in Hollywood, CA, at the Dolby Theatre®, the TCL Chinese Theatres, the Egyptian Theatre and the Hollywood Roosevelt Hotel.

New sponsor VIZIO will add an official venue to the festival, the VIZIO Ultra HD Lounge, located in the Roosevelt Hotel. The lounge is open to passholders and will play host to a variety of filmmaker panels, conversations, industry meetings and special events. VIZIO’s brand new P-Series Ultra HD televisions will be on display in the lounge.

AFI FEST and the American Film Market (AFM) form a strategic alliance for the eleventh year, the only one of its kind in North America. Filmmakers and industry executives benefit from the concurrence of the two events creating opportunities for impactful partnerships of art and commerce. This year, 30 films which will be showcased at AFI FEST will also be represented at AFM and10 films will screen at both events. Several international sales agents including EuropaCorp, Film Factory, Films Distribution, Mongrel International, Protagonist Pictures and WestEnd will have films screening at both events.

The American Film Institute is grateful to the Academy of Motion Picture Arts & Sciences and the Hollywood Foreign Press Association, both of which have provided generous support to the World Cinema program at AFI FEST. Additionally, SAG-AFTRA and SAGIndie return as supporters of the festival.

AFI FEST and Luce Cinecittà will present the World Premiere of the digitally restored version of Giuseppe Tornatore’s CINEMA PARADISO on Monday, November 10 at the Egyptian Theatre with Tornatore in attendance and Danny DeVito introducing the film. The film, which won the 1990 Academy Award® for Best Foreign Language Film, is a Franco Cristaldi and 123′ ITA Production. Dolce & Gabbana is the main supporter, along with Luce Cinecittà and Cineteca di Bologna for the restoration. In addition, AFI FEST, Luce Cinecittà and the Italian Trade Agency partner to celebrate “Cinema Italian Style,” and will present Paolo Virzi’s HUMAN CAPITAL, Italy’s official Oscar® entry for Best Foreign Language Film, on Thursday, November 13 at the Egyptian Theatre.

The AFI FEST 2014 mobile application incorporates the Gimbal context aware and proximity platform to serve up pass offers, festival promotions and movie trailers that allow you to share your AFI FEST experience. Gimbal beacons will be placed in private venues within the festival area, including select Martin Outdoor Media benches. These Gimbal proximity beacons, which communicate with the festival app via Bluetooth® Smart (Bluetooth low energy) technology, provide highly accurate (within a few feet) micro-location information. If the user has opted-in to receive push notifications, the user will get information and offers that are tuned, not just to the fact that the user is at AFI FEST, but to the fact that the user is—in that moment—very near to something of interest.

Free individual tickets to AFI FEST screenings and Galas are available to the general public online at AFI.com or at the AT&T Box Office at Hollywood & Highland. AFI FEST Patron Packages and Passes include access to sold-out Galas and other high-demand films and events. Passes are on sale now at AFI.com/AFIFEST, and AFI Members receive special discounts. The American Film Institute is a 501(c)(3) non-profit educational and cultural organization, and Patron Packages are tax-deductible to the full extent of the law.

Visitors to AFI FEST can save 10-20% at places to eat nearby when they show their valid TAP card, Metro employee ID or LA County employee ID to the server or cashier. More details can be found here. Those taking the Metro Red Line to the Hollywood/Highland Stations can find their best route by using the Trip Planner on www.metro.net.

About the American Film Institute
AFI is America’s promise to preserve the history of the motion picture, to honor the artists and their work and to educate the next generation of storytellers. AFI programs include the AFI Catalog of Feature Films and AFI Archive, which preserve film heritage for future generations; the AFI Life Achievement Award, the highest honor for a career in film; AFI Awards, honoring the most outstanding motion pictures and television programs of the year; AFI’s 100 Years…100 Movies television events and movie reference lists, which have introduced and reintroduced classic American movies to millions of film lovers; year-round and special event exhibition through AFI FEST presented by Audi, AFI DOCS and the AFI Silver Theatre and Cultural Center; and educating the next generation of storytellers at the world-renowned AFI Conservatory. For more information about AFI, visit AFI.com or connect with AFI at twitter.com/AmericanFilm, facebook.com/AmericanFilmInstitute and youtube.com/AFI.

The Legend of Zelda: Majora’s Mask 3D Descends on Nintendo 3DS in 2015

Improve Your Back Health This Holiday With Gaiam Balance Ball Chairs 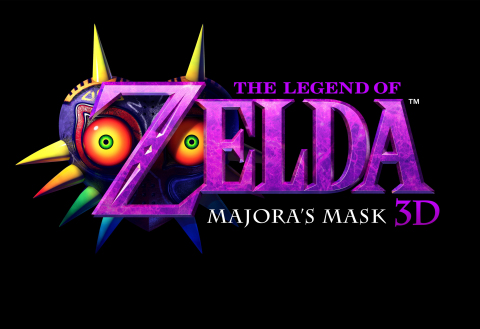 The Legend of Zelda: Majora’s Mask 3D Descends on Nintendo 3DS in 2015

During a Nintendo Direct presentation this afternoon, Nintendo dropped a moon-sized announcement: The Legend of Zelda: Majora’s...