Aerosmith has announced 15 additional dates for their Las Vegas residency

Additionally, fans now have the once-in-a-lifetime opportunity to party on stage right alongside Aerosmith with the new “VIP ON-STAGE THX-PERIENCE” packages, which are now available for purchase for all shows. The package includes one on-stage seated or standing ticket, one pair of 1more THX-certified Triple Driver Headphones to keep, on-stage VIP bar access and entry access through a separate VIP entrance. 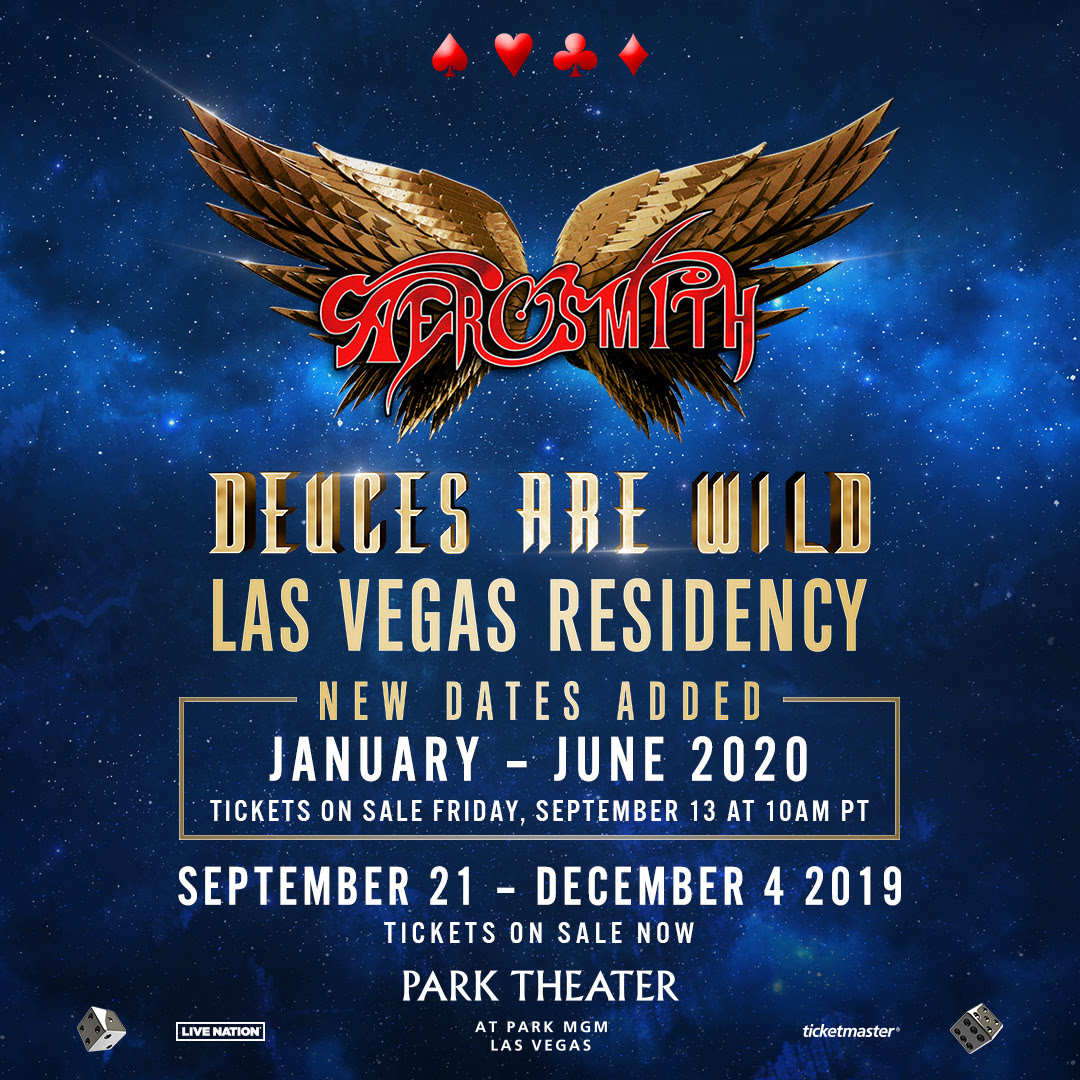 Citi® is the official presale credit card of the Aerosmith’s residency at Park MGM. As such, Citi cardmembers will have access to purchase presale tickets beginning Monday, Sept. 9 at 10 a.m. PT until Thursday, Sept. 12 at 10 p.m. PT through Citi EntertainmentSM. For complete presale details visit www.citientertainment.com.

All presales end Thursday, Sept. 12 at 10 p.m. PT. Tickets starting at $75 go on sale Friday, Sept. 13 at 10 a.m. PT. Tickets can be purchased at all Ticketmaster outlets or online at ticketmaster.com/aerosmith. All shows are scheduled to begin at 8 p.m.

The 15 new dates going on sale are:

A limited number of tickets and VIP packages are available for the following previously-announced performances:

Since opening in April 2019, AEROSMITH: DEUCES ARE WILD has received rave reviews from both fans and critics alike. Of the show, Variety says that “the band didn’t disappoint,” while People.com says the show is “an audible history of the group’s five decades.” TheWrap.com writes “Aerosmith still rocks, hard, not in spite of their five decades but because of them,” with the Atlanta Journal-Constitution saying that the show “offers fiery spectacle, deep cuts and hits,” and that they “are rock pioneers triumphing in a new environment.” Of the show’s sound system, Loudersound.com writes “This is the best live sound we’ve ever heard.”

The centerpiece of AEROSMITH: DEUCES ARE WILD is the 90-minute live performance from the original Aerosmith band members – Steven Tyler, Joe Perry, Tom Hamilton, Brad Whitford and Joey Kramer – who continue to deliver one of the most cohesive and electrifying performances in music. The band goes beyond the average concert by taking fans on a deep dive of their groundbreaking career with exclusive, unreleased audio and never-before-seen visuals from Aerosmith’s archives featured through a twelve screen media presentation (including a 140 ft x 40 ft high def screen) producedby Oscar and Emmy-winning global visual effects studio Pixomondo. Using cutting- edge technology, Pixomondo also brings to life Aerosmith’s infamous logo – the wings – which magically unfold to herald the band’s arrival on stage.

The Aerosmith: DEUCES ARE WILD Residency at the Park Theater is the world’s first THX Certified live performance presented in L-ISA Immersive Hyperreal Sound, bringing fans face-to-face with America’s greatest rock ‘n’ roll band in one of the most immersive, state-of-the art audio experiences ever. With more than 230 high-performance L-Acoustics loudspeakers and nearly 300,000 Watts of power, L-ISA surrounds the audience in a sphere of sound to convey the band’s stellar setlist in vibrant, hyperreal detail, wrapping fans in the ultimate 360° rock ‘n’ roll immersion. As a part of the THX certification process, THX engineers evaluated the L-Acoustics system design and its implementation, and verified the alignment of the acoustics systems and the seamless integration the equipment and technologies. As a result, concert-goers can expect sound to reflect wider sweet spots, improvement to vocal quality playback, and greater consistent frequency response throughout the performance. Fans can also purchase tickets to experience Aerosmith from the THX Certified On-Stage VIP, where they will have an unparalleled onstage vantage point seated in the middle of the action.On-stage, they will receive privileged access to studio-quality audio direct from the Aerosmith mixing board via MIXhaloaudio technology through their own pair of THX Certified 1More Triple Driver in-ear headphones, whi 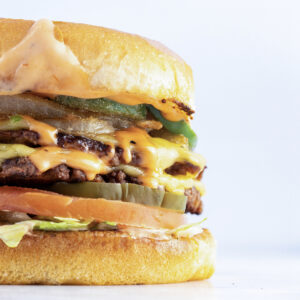 The BEST Vegan Burger In Los Angeles By Vurger Guyz. Picture a great burger made with all the best ingredients that is created...