“Our audience will be genuinely excited to see that we have added Pitbull to the already impressive H2O Music Festival lineup,” said Evan Harrison, EVP of Content & Entertainment for Univision Radio. “Developing new talent is the lifeblood of the music business — Jessica Sanchez and Becky G have already amassed quite a buzz with our audiences and we welcome them both, along with Don Tetto, Forever Farewell and Domino Saints to emerging artist Stage at this year’s H20 Music Festival.”

Miami-native Pitbull, known as “Mr. Worldwide” and “Mr. 305,” has proven to be a globally known musician, performer, business entrepreneur, fashion icon and actor whose career sales exceed five million albums and 40 million singles worldwide. He has had No. 1 hits in more than 15 countries and sold out concerts in Latin America, Canada and Europe, before bringing the party to the United States, Japan and Australia. His critically-acclaimed album “Global Warming” has achieved worldwide success with hits including “Feel This Moment” featuring Christina Aguilera. Pitbull joins previously announced co-headliner A Tribe Called Quest and other performers including Roberto Tapia, Prince Royce, La Santa Cecilia and Frankie J whom will all perform at the H2O Music Festival.

Over the past several months, aspiring artists from around the nation were challenged to upload their best song and /or music video to H2OMusicFestival.com where fans voted for their favorite to perform on the 2013 Emerging artists Stage. Jessica Sanchez, Becky G, Domino Saints, Forever Farwell and Don Tetto were chosen from an overwhelming response of submissions from the artist community as the 2013 Emerging Artists.    General admission tickets, as well as VIP packages, are on sale now for $39.50 and $95.00, respectively. Tickets can be purchased at all Ticketmaster outlets, by visiting Ticketmaster.com, or charge by phone by calling 800-745-3000.

The official lifeline for up-to-date H2O Music Festival announcements and artist confirmations is available at H2OMusicFestival.com, on Facebook via Fb.com/H2OMusicFestival and on Twitter via @H2OMusicFest using the hashtags #h2omusicfest and #wespeakmusic. 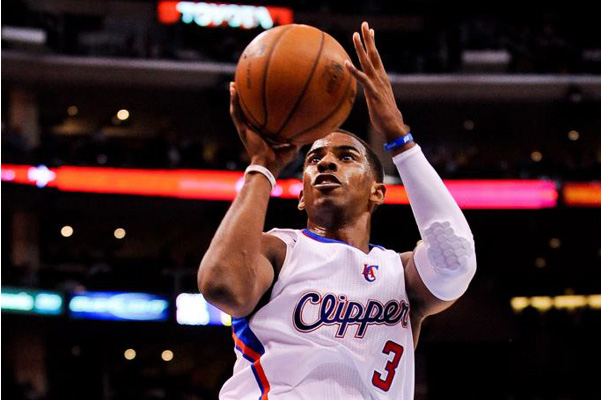 The reigning MVP of the NBA All-Star Game will host the LAs BEST HONORS, an elegant ceremony at the Beverly Hilton,...