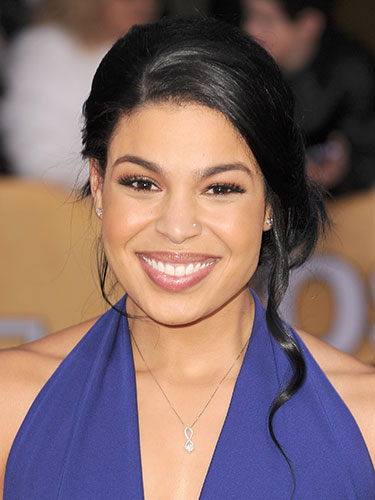 Oscar and Golden Globe-winning actress Olympia Dukakis, singer Jordin Sparks, and actress and TV host Holly Robinson Peete and her mother Dolores Robinson have joined the Caring Across Generations campaign to celebrate Grandparents Day this September 8th.  The holiday celebrates the important role of grandparents in American families and highlights the growing prevalence of multi-generational families—and the need to change the way our country talks about care and supports the aging and elderly.  In addition, Caring Across Generations, along with its 200 local and national partners, will celebrate the role grandparents and intergenerational relationships play in our communities and our lives.

To mark the holiday, Caring Across Generations is also collecting #granecdotes – stories, lessons and classic bits of advice from grandparents – on Twitter and Facebook. Throughout the week, Dukakis, Sparks, Robinson Peete, Oscar-nominated actress Quevenzhané Wallis, celebrity chefs Candice Kumai and Jessica Seinfeld, LOST’s Harold Perrineau, YouTube star Issa Rae and others will be sharing heartfelt and humorous stories of their grandparents.

Olympia Dukakis said of celebrating Grandparents Day, “My grandmother passed nearly 50 years ago, but Grandparents Day gives me time to reflect on how important she was to me.  Now, as a grandmother myself – one of the most important roles I have ever played – I hope others will take a moment to celebrate their own grandparents and appreciate the sacrifices, love and care they have given to their families.”

In addition to being a mother and grandmother herself, Ms. Dukakis acted as a caregiver after her mother was diagnosed with Alzheimer’s, giving her first-hand experience with the care issues facing millions of Americans.

Robinson Peete is the mother of four young children and an autism activist. Her mother, Dolores, takes an active role as a grandmother in the Robinson Peete multigenerational family.

“I am honored to be an ambassador for Grandparents Day this year,” said Holly Robinson Peete. “My mother Dolores has played a vital and integral role in  my life as I navigate motherhood. She is always there for my family and especially by my side during the journey with my son’s autism. I cannot envision what my path would have looked like without her guidance and resourcefulness.”

Grandparents Day was established in 1978 by a Presidential Proclamation by President Jimmy Carter to honor grandparents and their contributions to their family and their country.  Now, with Americans living longer and multi-generational households becoming the norm, Grandparents Day – and its founding spirit of respect and support for America’s elders – is even more relevant to families across the country.

Ai-jen Poo, Co-Director of Caring Across Generations, said, “My grandmother is my heroine. She taught me most of the values that have mattered most in life. One of those is to always appreciate the people in your life who support you to reach your full potential. I can’t think of a more important holiday and relationship to celebrate.”

This year’s campaign also features ambassadors Chelsey and Esther Feole, the granddaughter-grandmother duo whose “Dancing Nana” videos made them YouTube sensations earlier this year. With more than 5 million views and an Ellen appearance, granddaughter Chelsey is using her newfound platform to inspire young people to connect with their grandparents on the holiday and every day.