“Witness Greatness” Celebrates The Magnetism Of Music’s Biggest Night. The Recording Academy® and TBWA\Chiat\Day have teamed for the ninth year to promote the 58th Annual GRAMMY Awards® with the advertising campaign “Witness Greatness.” Taking place at STAPLES Center in Los Angeles, the 58th Annual GRAMMY Awards will be broadcast live in HDTV and 5.1 surround sound on the CBS Television Network, Sunday, Feb. 15 from 8–11:30 p.m. (ET/PT).

The “Witness Greatness” campaign is built around the unique allure of Music’s Biggest Night®. For one special night in February, the world will turn its attention to the GRAMMY® stage to witness what they know will be a spectacle of iconic musical talent, once-in-a-lifetime performances and must-see GRAMMY moments.

The campaign will celebrate the significance of the GRAMMYs® through TV, print, social, and outdoor executions showcasing some of the recording industry’s biggest acts and best performances. Artists featured in the outdoor billboards, wild postings and online advertisements include Lady Gaga, Kendrick Lamar, Bruno Mars, Sam Smith, Carrie Underwood, and The Weeknd.

The TV commercial “Spotlight,” promoting both Super Bowl 50 and the GRAMMYs, features memorable GRAMMY performances by some of the greatest performers of their generation, who came together to play on the biggest stage of their lives, representing a pivotal moment in pop culture. The second TV spot, “Confetti,” features Mars’ 55th GRAMMY Awards performance in 2013, proving that practice, struggle and perseverance —combined with talent — can prepare you for worldwide success. Aligned with the overall campaign, the spots reveal that while viewers can’t predict exactly what’s going to happen on the GRAMMY stage, they will “Witness Greatness.”

“‘Witness Greatness’ powerfully brings to life those transcendent moments of achievement that captivate us,” said Evan Greene, Chief Marketing Officer of The Recording Academy. “Whether it’s on the stage at the GRAMMYs or on the field at the Super Bowl, these are the rare moments that help define us and inspire us. This campaign celebrates these breakthrough triumphs that raise us to new and unexpected heights as the world watches.”

“Viewers don’t watch the GRAMMYs to see run-of-the-mill performances or one-hit wonders,” said TBWA\Chiat\Day LA Creative Director Jason Karley. “They tune in to see the very best that music has to offer; to be surprised, inspired and awed. They watch to ‘Witness Greatness,’ and the GRAMMYs deliver, time and time again. This year’s campaign celebrates that greatness: what it takes to achieve it, how to maintain it, and the effect it has on everyone.”

How to Invest Like an Entrepreneur to Outperform the Norm 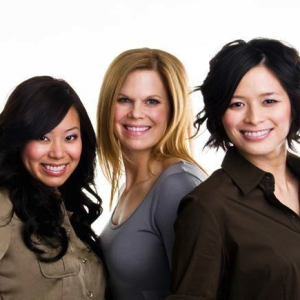 5 Things Every Entrepreneur Needs in 2016. Number one is Transparency. Operating with transparency used to be a luxury versus...