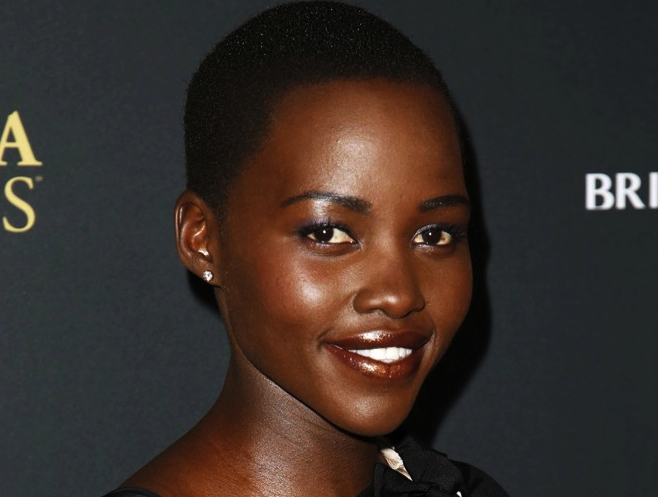 Vogue, for many the arbiter of what constitutes good fashion, released their 2014 “Rising Style Stars” list on Wednesday and it does not disappoint. From edgy-but-sweet cutout dresses to elegant tuxedo pantsuits, these women aren’t afraid to mix things up and have a little fun. No cookie-cutter outfits here. Here are the 10 women Vogue will be keeping an eye on in 2014 and what we at Fusion think of their choices.

1. Lupita Nyong’o – The Mexico City-born Kenyan actress and filmmaker is a relatively new name on the Hollywood scene, but if her performance in 12 Years a Slave and subsequent awards nominations are any indication, she’s here to stay. In this photo, she poses at the 2013 GQ Men of the Year Party in Los Angeles in a fun, flirty dress. But we’ve also seen her rock smart double-breasted jackets and sparkly mini skirts. We can’t wait to see what she has hiding in her closet for 2014.

2. Suki Waterhouse – The British model has been hitting red carpets for years, but she’s really begun to catch our eye lately. She’s donned gorgeous lace gowns with plunging necklines, but as this belted number shows, she’s not afraid to show a little edge. Here, Waterhouse attends the British Airways and Variety bash in Los Angeles.

3. Gia Coppola – The Palo Alto director has worn a number of pretty dresses to red carpet events over the years, but we’ve seen her play with pantsuits in 2013 in the best ways possible. Here, she poses at the premiere of the film at the 70th Venice International Film Festival earlier this fall in an ultra-feminine pantsuit, complete with a pretty bow-tie. It’s a trend we hope to see more of next year

4. Adele Exarchopoulos – The French actress has had a big year. She is one of just several women to ever win the coveted Palme d’Or at the Cannes Film Festival. She and co-star Lea Seydoux (along with director Abdellatif Kechiche) won in 2013 for Blue Is the Warmest Color. The same goes for fashion. This year, we’ve seen her in everything from studded leather jackets to sexy backless dresses. Here, she rocks a checkered number at the La Vie D’Adele premiere during The 66th Annual Cannes Film Festival. We thought some of her fashion choices this year worked and some of them didn’t, but we love that she’s experimenting with new looks and can’t wait to see what she whips out next year.

5. Yasmin Sewell – Fashion should be fun and playful, sophisticated and edgy – a chance to truly express yourself or to try out new personalities. What it should not be is boring and cookie-cutter and in this respect, Fashion consultant Sewell does not disappoint. Love this floral and patterned number, which she wore to Mercedes-Benz Fashion Week in 2012 in Sydney, Australia, or hate it, Sewell wears it with confidence. And that’s really what fashion is all about – wearing things that make you feel good, not just look good.

6. Ciara – We’ve seen Ciara in everything from all-white ensembles to sexy LBDs on the red carpet and they only get better and better. 2014 is bound to be a notable fashion year for the singer. Here, she rocks an illusion dress that leaves very little to the imagination while remaining classy with a high neckline at the 2013 American Music Awards in Los Angeles.

7. Pixie Geldof – So…we’ll be honest. We don’t love this look, which the British model and socialite wore to the 2013 British Fashion Awards in London. But the outfit, especially the stuffed animal, was a conversation starter. People forget boring outfits, even if they’re pretty, but Geldof proves that risky fashion choices are one way to keep people talking long after the red carpet is rolled up. We can’t wait to see what controversial fashion choices she makes next year.

8. Daphne Javitch – The designer may be a new name for many people, but don’t expect Javitch to stay that way for long. The designer made the rounds at some of the hottest fashion shows in 2013, donning everything from a solid white jumpsuit to black leather jackets. As her design star rises, we can only expect to see her fashion star do the same. Here, she wears a high-necked floral number at the Rachel Comey fashion show earlier this fall in New York.

9. Iggy Azalea – Whether she’s rocking a Cruella de Vil getup at a Halloween bash or performing in cut-out dresses that accentuate her hourglass figure, the singer is a fan of showing serious skin. Whether you like that or not, we can’t wait to see what she pulls out in 2014. Here, she dons a risque black dress at the MTV Europe Music Awards in Amsterdam earlier this year.

10. Kiernan Shipka – The 14-year-old Mad Men darling is right in the middle of what for some of us were very awkward fashion years, but Shipka is handling them like a pro. This sweet dress, which the young actress wore at this year’s Emmy Awards in Los Angeles, wouldn’t work on a 40-year-old, but we think it’s a perfect number for a young teen. She’s also played around this year with fun pocket dresses and sophisticated cropped patterned pants that she kept age-appropriate with a side ponytail. If this is what she looks like at 14, we’re really looking forward to what 15 brings.

WE WANT TO KNOW: Who do you think should be on the “watch” list for 2014 when it comes to fashion?