The Seven Things You Need to Know About the Tax Deal

Last night, Republicans and Democrats in the House of Representatives joined the Senate in passing the American Taxpayer Relief Act of 2012. That means middle-class families won’t see an increase in their income tax rates. We’ve avoided the fiscal cliff. President Obama will sign the legislation soon. Last night, he described the agreement as, “one step in the broader effort to strengthen our economy and broaden opportunity for everybody.”

“Under this law, more than 98 percent of Americans and 97 percent of small businesses will not see their income taxes go up,” he said. “Millions of families will continue to receive tax credits to help raise their kids and send them to college. Companies will continue to receive tax credits for the research that they do, the investments they make, and the clean energy jobs that they create. And 2 million Americans who are out of work but out there looking, pounding the pavement every day, are going to continue to receive unemployment benefits as long as they’re actively looking for a job.”

We know that that a lot of people have questions about the deal, so we’ve pulled together some of the most important facts. Here are the seven things you need to know: http://www.whitehouse.gov/blog/2013/01/02/seven-things-you-need-know-about-tax-deal?utm_source=email191&utm_medium=text1&utm_campaign=middleclass 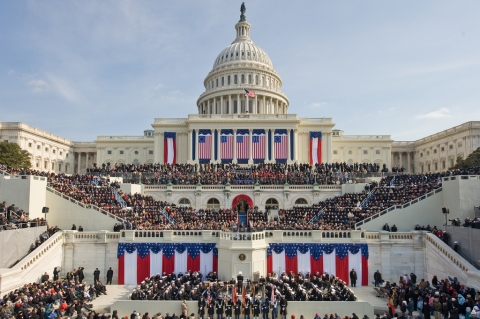 The Presidential Inauguration will be held in Washington DC on Monday, January 21, 2013. A week of festivities will include...