The Music Center announced it will present the Los Angeles premiere of the live overnight performance of Max Richter’s SLEEP, one of the longest single pieces of classical music ever to be recorded and performed, in Grand Park on Friday, July 27 and Saturday, July 28, 2018. Following its recent successes in New York City and at SXSW, along with performances in London, Berlin and Sydney among others, SLEEP will be performed outdoors for the first time as the first overnight event to be held at Grand Park, Los Angeles County’s highly popular gathering space. Cots will replace traditional seating to allow attendees to fully immerse themselves in the eight-hour experience. The concert, featuring Richter playing the piano and keyboard along with the musicians on the 2015 Deutsche Grammophon recording of the work, American Contemporary Music Ensemble and soprano Grace Davidson, will begin at 10:30 p.m. on both Friday and Saturday evenings and conclude at 6:30 a.m. the following mornings. The Music Center Presents Max Richter’s SLEEP is supported by the Ring-Miscikowski Foundation/The Ring Foundation.

Richter describes SLEEP as a “personal lullaby for a frenetic world” and “a manifesto for a slower pace of existence.” Scored for piano, string quintet, electronics and vocals, the piece is an enquiry into the relationship between sound and the sleeping mind, with, as The Wall Street Journal reported, “…music [is] at times so soft and trance-inducing that you can’t help but slip into a relaxed state.” In composing SLEEP, Richter consulted with pre-eminent American neuroscientist David Eagleman to learn more about how the human brain functions while sleeping. The landmark work was released on Deutsche Grammophon in 2015 to much critical acclaim.

“The Music Center continues to take the lead on curating and presenting the most innovative arts experiences for Angelenos, and Max Richter’s SLEEP is no exception,” said Rachel Moore, president and CEO of The Music Center. “We’re honored to present the work of one of the world’s most compelling and exciting composers in this first-ever overnight event in Grand Park. This is a unique opportunity not to be missed,” she added.

“Max Richter’s SLEEP is a piece that dissolves the borders between art and life, dream and being awake, audience and performer. It is the perfect antithesis to our overstimulated world, putting us into a state of innocence again,” said Jorn Weisbrodt, artistic advisor for The Music Center. “This presentation is the first of many opportunities The Music Center will be bringing to Angelenos as we expand the notion of what a performing arts center is and become an even bigger platform for multidisciplinary arts experiences.”

Called “the ultimate lullaby” by National Public Radio and described by Pitchfork as conjuring “dreamy states, where ideas seem fluid and flexible and the world around you seems somehow softer,” SLEEP has been performed in Austin at SXSW, Auckland, Berlin, London, Sydney’s Opera House, Madrid, Zürich, the Philharmonie de Paris, Amsterdam and New York.

Max Richter stands as one of the most influential figures on the contemporary music scene, producing groundbreaking work as a recording artist, composer, pianist and collaborator. He is best known for his genre-defining solo albums including The Blue Notebooks, Memoryhouse, Songs From Before, Infra, Three Worlds: Music from Woolf Works and the eight-hour epic SLEEP. His 2012 record Recomposed By Max Richter: Vivaldi, The Four Seasons topped the Classical charts in 22 countries.

Richter has written widely for ballet, opera and film; his recent projects include INFRA, and Woolf Works for The Royal Ballet, and Exiles for the NDT.

Richter is also known in the United States for his work in feature films. His music is featured in Hostiles, directed by Scott Cooper; Miss Sloane, directed by John Madden; Black Mirror’s ‘Nosedive,’ directed by Joe Wright; Damon Lindelof’s cult HBO series The Leftovers; and Taboo for Tom Hardy, which earned him an Emmy nomination. Richter’s work On The Nature Of Daylight is used as the opening and end theme in Denis Villeneuve’s Oscar-winning film Arrival.

On March 16, 2018, SLEEP was made available in its entirety for the first time on digital streaming partners. To date, the piece has been streamed more than 70 million times.

Tickets for The Music Center Presents Max Richter’s SLEEP for the main performance area (Sections A and B) are $60 and $80; cot included with ticket purchase and will be assigned in advance. Guests are encouraged to purchase early to get the best cot location. Tickets are available online at musiccenter.org/sleep; at the Dorothy Chandler Pavilion Box Office, 135 N. Grand Ave, Los Angeles, CA 90012; or by calling (213) 972-0711. There will also be a public area (Section C) at Grand Park’s Event Lawn featuring a free listening area (with a $6 handling fee); tickets are required for admission, no cot included. The handling fee will be waived for purchases made at the box office. Audience members should arrive in comfortable clothing for this overnight concert experience. For more information about how to prepare for the SLEEP experience in Grand Park, including a list of prohibited items, visit musiccenter.org/sleep.

Sundance TV’s original “Close Up With The Hollywood Reporter" News 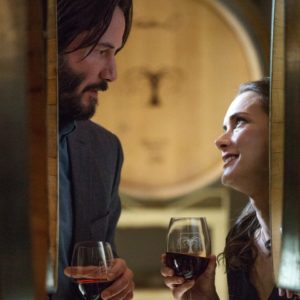