Today Film Independent announced the creation of a new award, the Film Independent Humanitarian Award, which recognizes an individual in the world of film and television whose work has demonstrated a deep commitment to humanitarian causes.  Presented in partnership with the UCLA Burkle Global Impact Initiative, the inaugural award will be given to Ted Turner in recognition of his immense philanthropic contributions to humanitarian causes, particularly his support of the United Nations Foundation. The award will be given to Ted Turner by Film Independent President Josh Welsh at a private dinner on June 12 at the home of Ron Burkle in Beverly Hills.

“Film Independent has long supported films and filmmakers who demonstrate a commitment to humanitarian issues and we believe in the power of visual storytelling to transform the world for the better. With this award we aim to recognize an individual in the world of film and television whose work has demonstrated a deep and long commitment to humanitarian causes,” said Welsh, “and we can think of no more fitting recipient of this award than Ted Turner. We are so honored to partner with the UCLA Burkle Global Impact Initiative on this new award.”

Social impact story telling and shining a light on humanitarian causes is a key component to the mandate of Film Independent, and is reflected in the organization’s annual labs, the programming at the Los Angeles Film Festival and the films that are recognized at the Spirit Awards. Among the films that the organization has supported in the past are:  Zana Briski and Ross Kauffman’s Oscar and Spirit Award winning Born Into Brothels; Katherine Fairfax Wright and Malika Zouhali-Worall’s Call Me Kuchu, a film about LGBT rights in Uganda; Nicole Karsin’s We Women Warriors, afilm about indigenous women leaders in Colombia; Hilla Medalia’s Dancing in Jaffa, film about a program to bring together Israeli and Palestinian kids through ballroom dancing; and Andrew Droz Palermo and Tracy Droz Tragos’ award-winning Rich Hill, a cinema verité look at the impact of poverty on Middle American families.

About Ted Turner’s involvement with the UN

In September 1997, Ted Turner announced his historic $1 billion gift to support UN causes—creating the UN Foundation. With this one bold action, his gift sparked a new wave in giving and helped usher in a new era of global philanthropy. Turner has blazed the trail for many other organizations and people, who were inspired by his gift, to join in support of the United Nations. The UN Foundation has leveraged his gift to double the impact. To date, hundreds of partners and more than 210,000 UN Foundation donors have been inspired by Turner’s bold vision and are investing in impact for years to come. The Foundation works closely to help build awareness of global issues through innovative partnerships — including initiatives linking the creative community, the UN and media organizations worldwide.

8 Must-Know Tips to Grow Your Business 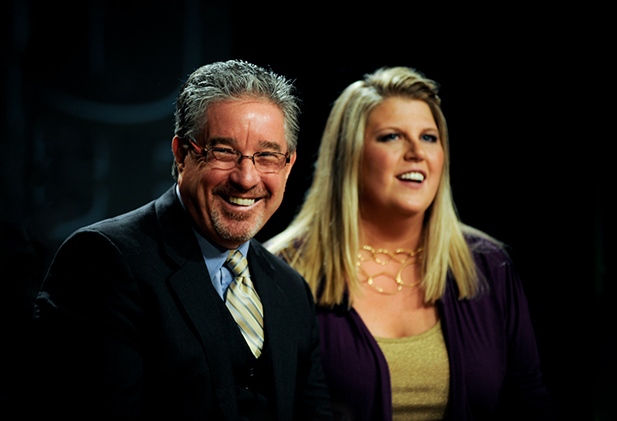 8 Must-Know Tips to Grow Your Business

As the chairman of one of the world’s largest business support organizations, I’ve encountered countless prospective...