“The coronavirus pandemic may preclude us from gathering together to share music in person, but it will not prevent LACO from providing exquisite, enduring musical experiences,” says Cadwallader. “Long noted for its commitment to making music personal, LACO, continues to deliver on that model during these challenging times with new and increased musical content that we’re making available to people around the globe free of charge, thanks to the generosity of LACO’s artists and supporters.”

Los Angeles Chamber Orchestra is led by Jaime Martín, currently in his debut season as Music Director. Martín builds upon LACO’s rich legacy as a preeminent interpreter of historical masterworks and, with eight ASCAP Awards for Adventurous Programming, a champion of contemporary composers. Headquartered in the heart of the country’s cultural capital, LACO is “more important with each passing year,” (Los Angeles Times), “America’s finest chamber orchestra” (Public Radio International) and “one of the world’s great chamber orchestras” (KUSC Classical FM). Martín’s appearance as LACO’s Music Director Designate in early 2019 was described by the Los Angeles Times, as “a thrilling performance, and the orchestra played like it was having the time of its life,” adding, “he will make fans very quickly.” Overseas, he has been praised as “a visionary conductor, discerning and meticulous” (Platea Magazine), and London’s The Telegraph said, “his infectious enjoyment of the music communicated to the orchestra and audience alike.” The Orchestra has made 32 recordings, including, most recently, a 2019 BIS Records release of works for violin and chamber orchestra that features Concertmaster Margaret Batjer and the world premiere recording of Pierre Jalbert’s Violin Concerto (a LACO co-commission). LACO, with offices located in downtown Los Angeles, has toured Europe, South America and Japan, and performed across North America. 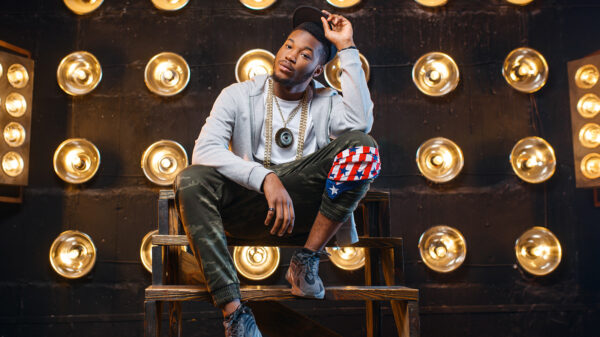