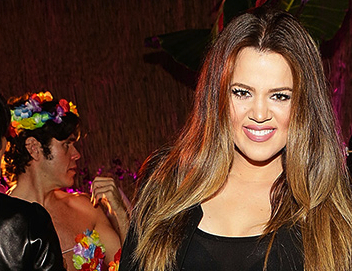 Presented by The Resorts of Dana Point, Elephant Parade: Welcome to America will welcome the celebrity activist to the elite roster of international artists and celebrities decorating life-sized baby elephant sculptures for the ten-week event.Kardashian Odom’s colossal creation will be featured with dozens of other artists in Elephant Parade®, an open-air exhibition making its American debut in Dana Point, California after stops in London, Milan, Amsterdam, Singapore and many other global destinations.

“Our goal is to actively help and save as many Asian elephants as possible and we are thrilled to have Khloé join the elite roster of international artists for the American debut in Dana Point,” said Mike Spits, co-founder of Elephant Parade. “Through the commitment of The Resorts of Dana Point, acclaimed artists and and celebrities like Khloé, we can bring positive change to the world and paint brighter future for a species threatened with extinction.”

Kardashian Odom, TV star and Elephant Parade artist, is an enthusiastic supporter of animal rights. In addition to her animal activist initiatives, she is a New York Times best-selling author (Kardashian Konfidential) and entrepreneur. She can currently be seen on E! Keeping up with the Kardashians. Her passion for animal rights has led her to join the Elephant Parade and campaign for the global cause.

Kardashian Odom joins previous top-tier supporters including Katy Perry, Isaac Mizrahi, Tommy Hilfiger, Goldie Hawn, Diane von Furstenberg and Joss Stone, among many others. Elephant Parade is also launching two other events this summer in Trier-Luxembourg and another touring over 14 major cities across the United Kingdom.

Elephant Parade was founded in 2006 by father and son team, Marc and Mike Spits. While on holiday in Thailand, Marc was introduced to a baby elephant named Mosha, who became the world’s first elephant to be fitted with a prosthetic limb after stepping on a landmine. Her inspired journey helped build the foundation for the socially-conscious business enterprise, Elephant Parade.

Find additional pictures, videos and stories from past parades at http://www.mynewsdesk.com/pressroom/elephant-parade

In this article:Khloé Kardashian Odom, Lamar odom, the Elephant Parade