Burberry & Bombay Sapphire on first US exhibition News. The Hammer Museum announced today that it will be partnering with global British luxury brand Burberry to support the upcoming exhibition Provocations: The Architecture and Design of Heatherwick Studio, featuring the imaginative work of British designer Thomas Heatherwick and his London-­‐based studio, on view February 20 to May 24, 2015.

Provocations: The Architecture and Design of Heatherwick Studio will feature a selection of Heatherwick Studio’s projects through the display of prototypes, large-­‐scale models, objects, photographs, and film and video footage. Organized by the Nasher Sculpture Center and guest curator Brooke Hodge, this exhibition examines the astonishing range of Heatherwick Studio’s practice by focusing on the design concepts behind early creations such as the rotation-­‐molded “Spun” chairs as well as current large public and private architectural work in the U.K., South Africa, Abu Dhabi, Singapore, and China.

Included will be such projects as the U.K. Pavilion— known as the Seed Cathedral— at the 2010 World Expo; a Learning Hub for Nanyang Technological University; and a contemporary art museum created within a grain silo as well as the studio’s latest completed project Laverstoke Mill, BOMBAY SAPPHIRE® gin’s immersive new distillery and visitor’s center, which opened to the public last winter in Hampshire, England. Among Heatherwick Studio’s latest high-­‐visibility designs that will be on view as part of the Hammer installation are the 2012 redesign of London’s double decker buses, known as the New Routemaster, and the cauldron for the internationally televised ceremonial lighting of the London 2012 Olympic Games torch.

“Provocations showcases the brilliant work of British designer Thomas Heatherwick, which combines the innovative and the iconic,” said Hammer Director Ann Philbin. “Thomas’s work will fascinate audiences as it arrives in Los Angeles for the first time – and we couldn’t think of a better partner than Burberry to help make it happen.”

Burberry Chief Creative & Chief Executive Officer Christopher Bailey said, “We are so proud to be celebrating this exhibition that showcases some of the Heatherwick Studio’s incredible work. British design and architecture constantly inspire all of us here at Burberry so it is a real privilege to be able to support Thomas and his team in this exciting city.”

BRIT PHENOM RITA ORA TO PERFORM AT THE OSCARS 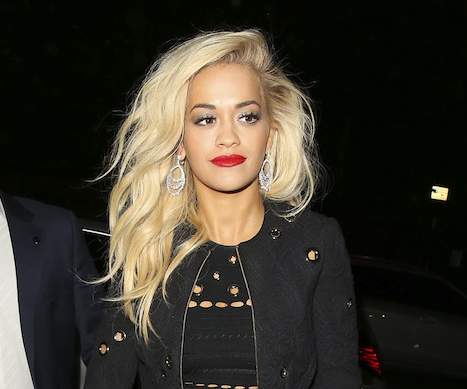 BRIT PHENOM RITA ORA TO PERFORM AT THE OSCARS