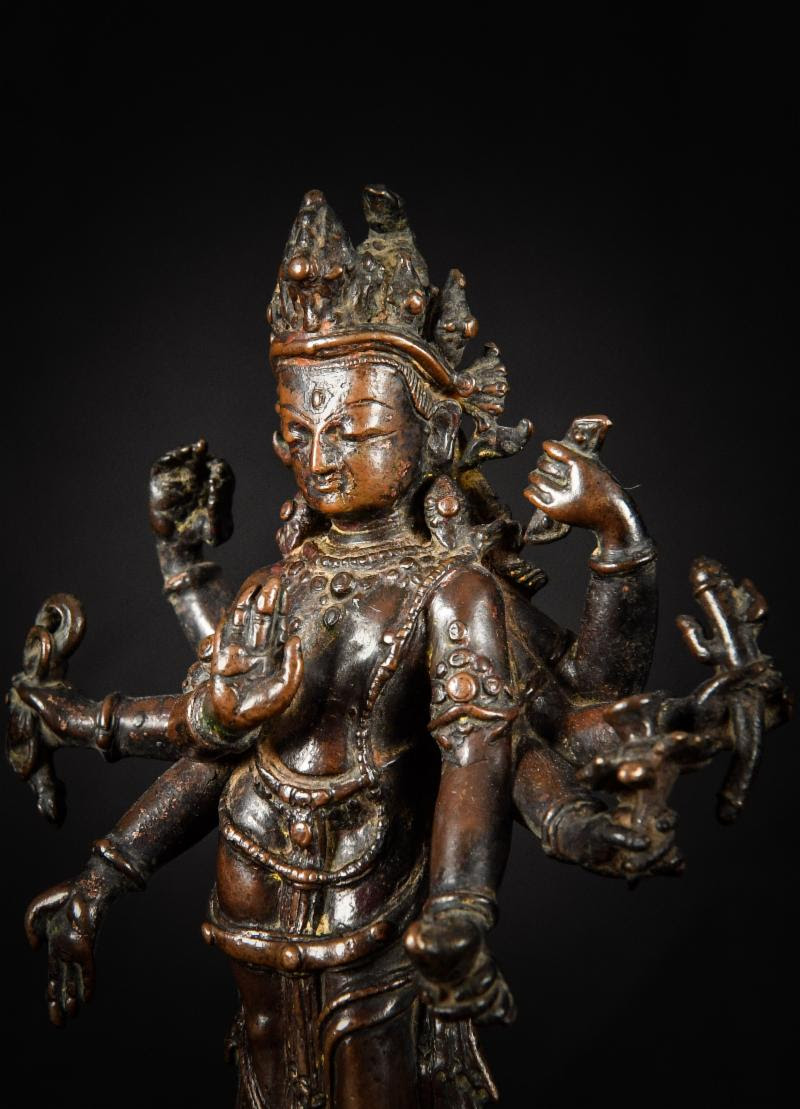 Finely modeled, standing in a slightly-flexed pose on a lotus base with pointed petals, his eight radiating arms holding a sutra, trident, lotus, kundika, lasso, and rosary, and displaying the gestures of charity and teaching, his broad face surmounted by a tall crown secreting a diminutive Amitabha nestled in his chignon.

Amoghapasha represents a tantric form of Avalokiteshvara and is particularly popular in Nepal, where he is regarded as the tutelary deity of the Kathmandu Valley. Nepalese style is both graceful and conservative.

Compare the similar lithe body and cascading folds that connect with the lotus base on an Ascetic Avalokitesvara published in von Schroeder, Buddhist Sculptures in Tibet: India and Nepal, 2001, p. 502, no. 16A-B, and Reedy, Himalayan Bronzes, 1997, pl. N230. Compare also to a 15th century  of Amoghapasa held in the V&A Museum (IS.58-1977).

In this article:art, news