Promoting the work and advancing the role of women in the news media across the globe is critical to transparency and the diversity of voices. The Howard G. Buffett Fund for Women Journalists, the first ever funding initiative of its kind, enables the International Women’s Media Foundation (IWMF) to dramatically expand its support of women journalists.

Established with a $4 million gift from the Howard G. Buffett Foundation, the Fund will support projects including educational opportunities, investigative reporting and media development initiatives.

The Fund was developed in the spirit of Howard Buffett’s support for 2005 IWMF Courage in Journalism Award Winner Anja Niedringhaus. “I was greatly saddened when Anja was killed this year in Afghanistan,” Howard Buffett said. “I had the pleasure of meeting Anja when I was able to support her Nieman Fellowship at Harvard University. In that spirit, this Fund will give outstanding women journalists the ability to turn their reporting ambitions into reality.”

The Howard G. Buffett Foundation has been a long time champion of women journalists.

“Through annual grants, we are excited by this unprecedented chance to provide significant support to hundreds of deserving women reporters over the next decade,” IWMF Executive Director Elisa Lees Muñoz said. “The Fund allows us to amplify their voices in the field, and to pursue opportunities which will set them up for success and leadership roles in their newsrooms.”

The creation of the Fund comes at a time when journalists increasingly struggle to secure limited resources for their important work. Women journalists in particular face an acute lack of funding opportunities.

All women journalists will be eligible to apply for grants, and the IWMF will place a special emphasis on funding freelancers, who operate without backing from media outlets.

Established in 1999, the Howard G. Buffett Foundation (HGBF) is a private family foundation working to improve the standard of living and quality of life for the world’s most impoverished and marginalized populations. We look for opportunities where our funding is the catalytic capital that seeds sustainable, transformational change.

Bayonetta is Back with More Moves, More Weapons and More Climax Action 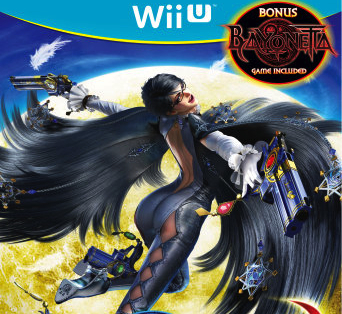 Bayonetta is Back with More Moves, More Weapons and More Climax Action

Over the top. Breathtaking. Out of control. Stylish. Critically acclaimed. Any of these words can be used to describe the Bayonetta...