Style Media today announced the search for Americas next groundbreaking designer with its first competition series, Styled to Rock, executive produced by and starring multi-Grammy Award winner and fashion icon Rihanna. Slated to premiere in 2013, the hour-long 10-episode series will give 12 up-and-coming designers, hand-picked by Rihanna, the opportunity of a lifetime  to create unique fashion pieces for A-list celebrity talent. The stakes will be high as these budding designers vie for the title of Americas next trendsetting designer.

Rihanna is a trailblazer, a trendsetter and the epitome of style. She has a powerful and unique point-of-view that transcends every aspect of pop culture, including fashion, and is a leading creative force, said Salaam Coleman Smith, President, Style Media. On the heels of our successful network rebrand, Styled to Rock and Styles new partnership with Rihanna will reinvent the fashion competition genre, fueling our viewers insatiable appetite for all things style.

Rihanna is inviting innovative designers who believe that they represent the future of fashion to sign up to be considered for the new competition series at Styles website, StyleNetwork.com/StyledtoRock.

Fashion has always played an integral part in my life and career, said Rihanna. I am so excited to partner with Style Network and share my creative insight with these 12 designers and give them this opportunity to showcase their work.

The series launches with a nationwide search on StyleNetwork.com for cutting-edge designers looking to take their craft to the next level. Rihanna will personally select the 12 designers who will compete for the coveted opportunity to dress some of the biggest names in entertainment. To help the designers reach their ultimate artistic potential, Rihanna will enlist the guidance of top experts from the fashion industry to serve as mentors. Each week, challenges will push the designers to their creative limits when they are tasked with styling an A-list star. Each weeks celebrity guest will determine which designer best achieves their vision  and advances to the next week of competition. Faced with the threat of elimination, the remaining designers must meet with the mentors to discuss where they fell short and ultimately who will be sent home. In the end, one designer will be named the winner of Styled to Rock.

Rihanna has taken the music, entertainment and fashion industry by storm. An accomplished performer, she has sold 41 million albums worldwide and 150 million digital tracks worldwide making her the top-selling digital artist of all time. Her seventh album, Unapologetic gave the singer her first number one album on the Billboard 200 album chart. In addition, she has achieved 12 number-one singles and won six Grammy Awards. In 2012 she took her talents to the silver screen with her big screen debut in Battleship. Rihanna was recently crowned the most-likeable star on Facebook.com with 63 million friends on the site, more than any other celebrity. In addition, she has created a fashion empire with the successful launches of her fragrances Rebl Fleur, Rebelle and Nude as well as two capsule collections under the Armani umbrella and a collection with River Island for their spring/summer 2013 collection. 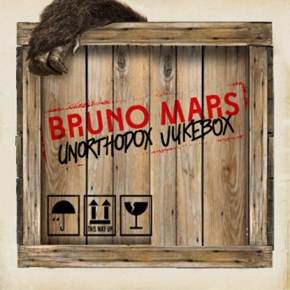