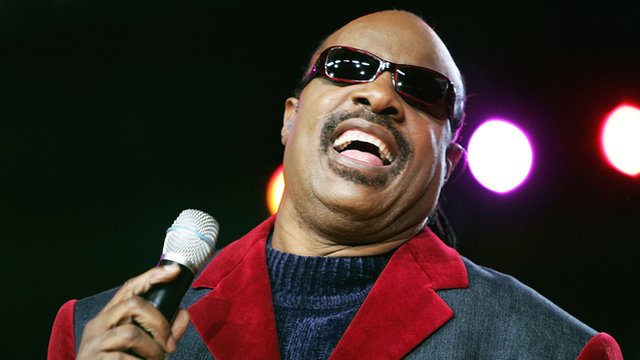 The Recording Academy®, AEG Ehrlich Ventures and CBS will present “Stevie Wonder: Songs In The Key Of Life — An All-Star GRAMMY® Salute,” a primetime entertainment special that will celebrate the iconic songbook and remarkable legacy of the 25-time GRAMMY winner. The two-hour show will tape at the Nokia Theatre L.A. LIVE on Tuesday, Feb. 10, 2015, two days after the 57th Annual GRAMMY Awards®, and will be broadcast in HDTV and 5.1 surround sound on the CBS Television Network on Monday, Feb. 16, 2015, from 9 – 11 p.m. ET/PT. For updates and breaking news, please visit GRAMMY.com, and The Recording Academy’s social networks on Twitter, Facebook and Instagram. Performers and presenters will be announced shortly.

In the 56-year history of the GRAMMY Awards, Wonder is the only artist to have received Album Of The Year honors in three out of four consecutive years with Innervisions (1973), Fulfillingness’ First Finale (1974), and the seminal Songs In The Key Of Life (1976). With a catalog that is one of the richest treasure troves in American music, his songs are still revered and influential today and his longevity as one of America’s — and the world’s — most respected and beloved artists is well earned. “Stevie Wonder: Songs In The Key Of Life — An All-Star GRAMMY Salute” will feature some of today’s top artists covering songs by the legendary GRAMMY winner, as well as other archival material. In addition, various presenters will help highlight the historical impact of Wonder’s songs on music and our culture.

“Some of my most memorable television experiences have been with my friend Stevie, both on the GRAMMYs and off, and to be able to celebrate him in a way that only the GRAMMY stage allows is a treat that I’ve looked forward to for a long time,” said executive producer Ken Ehrlich of AEG Ehrlich Ventures. “He is truly deserving of the term that is often used about him — an American treasure — and the night of Feb. 10 when we tape this show is going to be an amazing time.”

“Stevie Wonder epitomizes the very spirit of the GRAMMYs,” said Jack Sussman, Executive Vice President, Specials, Music and Live Events, CBS Entertainment. “His music is as poignant as it is appealing and his songs have the ability to illustrate our world in every note. We are thrilled to pay tribute to this legendary man and musician. His influence is present in so much of today’s greatest music. This salute will give everyone he’s inspired a chance to show our esteem.”

“Stevie Wonder: Songs In The Key Of Life — An All-Star GRAMMY Salute” continues the tradition begun this past year with “The Beatles: The Night That Changed America — A GRAMMY Salute,” a two-and-a-half-hour special that celebrated the remarkable legacy of the seven-time GRAMMY-winning group. Hailed by media and fans alike as a unique and memorable event in music television, the Beatles special ultimately garnered 20 million viewers and an Emmy Award for Outstanding Music Direction (for Music Director Don Was).

Tickets to the taping of this very special evening will go on sale Thursday, Dec. 18, on AXS.com. Call 877.234.8425 or email tickets@aegworldwide.com for more information on ticket availability including VIP ticket packages and group sales.

“Stevie Wonder: Songs In The Key Of Life — An All-Star GRAMMY Salute” is produced by AEG Ehrlich Ventures, LLC. Ken Ehrlich is the executive producer.

Established in 1957, The Recording Academy is an organization of musicians, songwriters, producers, engineers and recording professionals that is dedicated to improving the cultural condition and quality of life for music and its makers. Internationally known for the GRAMMY Awards — the preeminent peer-recognized award for musical excellence and the most credible brand in music — The Recording Academy is responsible for groundbreaking professional development, cultural enrichment, advocacy, education and human services programs. The Academy continues to focus on its mission of recognizing musical excellence, advocating for the well-being of music makers and ensuring music remains an indelible part of our culture. For more information about The Academy, please visit www.grammy.com. For breaking news and exclusive content, follow @TheGRAMMYs on Twitter, like “The GRAMMYs” on Facebook, and join the GRAMMYs’ social communities on Google+, Instagram, Tumblr, and YouTube.