Entertainment icon Snoop Dogg and Pharrell Williams have shared exclusive insight into the creation of select tracks, including “California Roll” featuring Stevie Wonder, off of Snoop Dogg’s new album BUSH in advance of the May 12th release date.

Snoop Dogg shared a pre-release stream of his highly anticipated album BUSH on iTunes radio, a full week prior to its official release on May 12th. The album’s new single “California Roll” was rolled out in style for Snoop followers, with iHeartRadio having played the new track hourly on their Urban and Urban AC stations and at various times throughout the day at select Urban AC Stations.

Considered a fearless creative trailblazer, Snoop Dogg recently released a much-buzzed about video for the track “So Many Pros,” with the clip paying homage to the highly stylized ‘Blaxploitation’ urban action movies of the 1970’s. Snoop Dogg has once again gathered a stellar group of collaborators eager to work with the charismatic artist whose unique bond with fans and peers transcends all entertainment boundaries. The list of contributors appearing on BUSH includes Charlie Wilson, Gwen Stefani, Kendrick Lamar, Rick Ross, Stevie Wonder and T.I.

BUSH’S ‘feel-good’ launch commenced in March, with the unveiling of the track “Peaches n Cream,” which featured Charlie Wilson. The music video for the song was directed by Aramis Israel and Hanna Lux Davis. That clip followed a much-buzzed about lyric video for the song conveyed in picturesque animation and directed by Wolf & Crow. Click here to check out the official video: http://smarturl.it/ProsVideo.

Snoop Dogg has sold more than 35 million albums worldwide, BUSH is his 13th solo studio album. He has reigned for more than two decades as an unparalleled musical force who has raised the bar as an entertainer and globally recognized innovator. Snoop’s successful incarnations within music, film & TV, the Snoop Youth Football League, fashion, brands and technology continues to set him apart as the consummate cultural icon, entrepreneur and philanthropist. His collaboration with friend and fellow-innovator Pharrell Williams and his forthcoming Columbia Records debut BUSH, is the latest offering from one of music’s most prolific and revered trendsetters. Fans can get an intimate look of the creative process between the two online here: http://smarturl.it/BUSHtracks 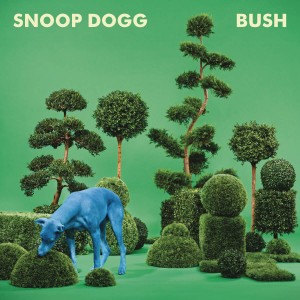 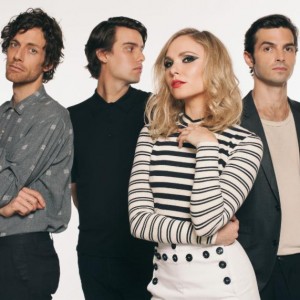