EVENT HIGHLIGHTS AND QUOTES:
· Pearl Jam’s Eddie Vedder sang a heartfelt acoustic rendition of Bruce Springsteen’s “My City of Ruin”.
· Leonardo DiCaprio got in a bidding war with billionaire Mickey Gooch during the auction. They ultimately agreed to share the winning prize of spending a day with President Bill Clinton. The lot went for $400,000.
· Anderson Cooper on Sean’s work in Haiti – “A lot of other groups have come and gone, but Sean remains.”
· Tim Robbins on Sean – “When he gets involved with something he gets involved in a visceral way, in a actual way, in a way that is admirable. He gets his hands dirty. That’s a model I think we should all follow.”
· Sean Penn: “Haiti is our extraordinary neighbor – a country of magic beauty… and most importantly a people who’s expertise in discomfort and grace in face of extraordinary hardship has been traded in our own country for so much of the cheap bickering of political discontent, most aggressively by the passive and the uninformed.”
· Sean Penn to his peers in the room: “Everybody in this room can contribute… we are working with the government, we are working with the people – we are taking their lead… We are going to make your money work. Give us that money… we need the support now. All of you can do this.”
About J/P HAITIAN RELIEF ORGANIZATION:
J/P Haitian Relief Organization is dedicated to saving lives and bringing sustainable programs to the Haitian people quickly and effectively. Following the tragic earthquake of 2010 J/P HRO began working immediately to make an impact in Haiti. J/P HRO works with both government and non-governmental agencies to deliver immediate results where the need is greatest. Efforts include but are not limited to providing emergency medical and primary care services, delivering badly needed medical equipment and medicine, distributing food and water purification systems, improving communication systems, and developing housing and education facilities. The goal of J/P Haitian Relief Organization is to help lift the nation of Haiti out of the rubble and give the Haitian people a better life. More information can be found at www.jphro.org. You can follow J/P HRO on Twitter at www.Twitter.com/JPHRO, add J/P HRO to your Google+ circles at http://bit.ly/jphroplus, and find J/P HRO on Facebook at www.Facebook.com/JPHRO.
About GIORGIO ARMANI GROUP:
The Giorgio Armani Group is today one of the leading fashion and luxury goods groups in the world, with over 5,700 direct employees and 12 factories. It designs, manufactures, distributes and retails fashion and lifestyle products including apparel, accessories, eyewear, watches, jewelry, cosmetics, fragrances, and furniture and home furnishings under a range of brand names: Giorgio Armani Privé, Giorgio Armani, Emporio Armani, Armani Collezioni, AJ | Armani Jeans, A/X Armani Exchange, Armani Junior and Armani/Casa. The Group’s exclusive distribution network comprises 751 stores worldwide (directly owned and freestanding third-party-run stores): 89 Giorgio Armani boutiques, 3 Giorgio Armani Accessori boutiques, 211 Emporio Armani stores, 42 Armani Collezioni stores, 235 A/X Armani Exchange stores, 33 AJ | Armani Jeans stores, 2 AJ Accessori stores, 21 Armani Junior stores and 36 Armani/Casa stores, in 46 countries. 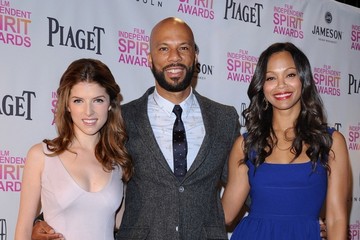