Shape Shifter is Carlos Santana’s 36th album, and the first for his new label, Starfaith Records.  Set for release May 15, the 13-song set is an instrumental tour de force featuring tracks spanning from the late 1990’s to the present. It’s powered throughout by Carlos’ instantly recognizable virtuoso lead guitar and the Santana Band’s world-class musicianship (only one song features vocals from Santana’s lead vocalists Andy Vargas and Tony Lindsay).  Pre-sale of Shape Shifter begins today, March 27, at all major online outlets including iTunes, Amazon and more. Starfaith Records is distributed and marketed in conjunction with RED Distribution.

Carlos dedicated the album to Native American Indians, acknowledging Australia’s 2008 apology to the Aborigines, and President Obama’s signing of the 2009 Native American Apology Resolution. He says, “I encourage any and all countries (that have not as yet done so) to acknowledge the first people of their land, and make this a collective global effort.”

Shape Shifter comprises mostly original compositions that Carlos has been stashing away for such an instrumental project-long awaited by fans-and he conceived the album’s sequence as thoughtfully as its track selection. The songs flow together as the magical sustain of Carlos’ guitar-and the spirit behind every note-makes music that breaks through all cultural and language barriers, the music of Santana.

The title track opens the album, beginning as a mellow acoustic groove, with Carlos channeling Native American spirits through chanting. The track builds to soaring heights-in addition to Carlos’ driving lead, the song features Dennis Chambers on drums, Chester Thompson on keyboards, and Benny Rietveld on bass (they are the musical foundation on many of the tracks).

Other highlights include a mid-tempo cover of Touré Kunda’s “Dom” –Carlos and the Touré brothers’ collaborations have also included “Africa Bamba” from the GRAMMY-winning album, Supernatural. “Angelica Faith,” which Carlos co-wrote with Thompson, is a signature Santana ballad in the tradition of “Samba Pa Ti” and “Europa.” With “Mr. Szabo,” Carlos pays homage to Gabor Szabo, whose music he brought to the fore in 1970, when he fused the Hungarian jazz guitarist and composer’s “Gypsy Queen” with Peter Green’s “Black Magic Woman” on Abraxas.

Collaborations include “Never the Same Again,” which Carlos wrote with producer Eric Bazilian, and “In the Light of a New Day,” which began as a demo that Narada Michael Walden shared with Carlos. “Spark of the Divine”-often played on tour to introduce songs including “Black Magic Woman”-leads in to “Macumba in Budapest,” the first of two songs Carlos co-wrote and produced with Walter Afanasieff-the song vamps into a classic Santana Latin jam featuring Raul Rekow on congas and Karl Perazzo on percussion. The second, “Eres La Luz,” the only track featuring vocals, highlights the irresistible Latin groove that embodies the world music essence of Santana.

Shape Shifter closes with two songs that are collaborations between Carlos and his son, musician Salvador Santana-who plays piano on both-including the rousing “Canela.” The final track, “Ah, Sweet Dancer,” is a song Carlos first heard in a taxicab in Germany-he tracked it down in a local record store and began performing it regularly on tour. The recording features only soulful solos from father and son, offering elegant closure to Shape Shifter.

Since Santana emerged from the San Francisco Bay Area music scene in the 1960s, the group has sold more than 100 million records, reached more than 100 million fans at concerts worldwide, and been inducted into the Rock and Roll Hall of Fame. Santana has won 10 GRAMMYs, including a record-tying nine for a single project, 1999’s Supernatural. With the 2010 release of Guitar Heaven: The Greatest Guitar Classics of All Time­, Santana joined the Rolling Stones as one of only two music acts in Billboard history to score at least one Top Ten album in each decade from the 1960s on. Among other honors, Carlos Santana is #20 on Rolling Stone’s list of the “100 Greatest Guitarists of All Time.”  – link into his world here at http://www.11345.com/santana/presale.html 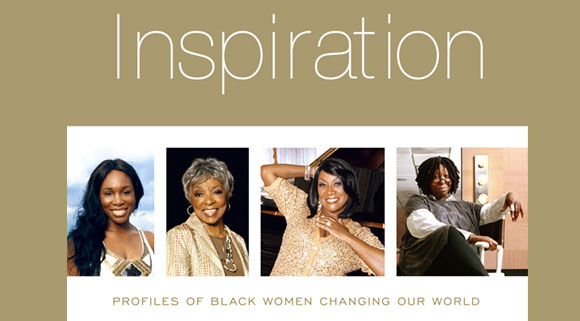