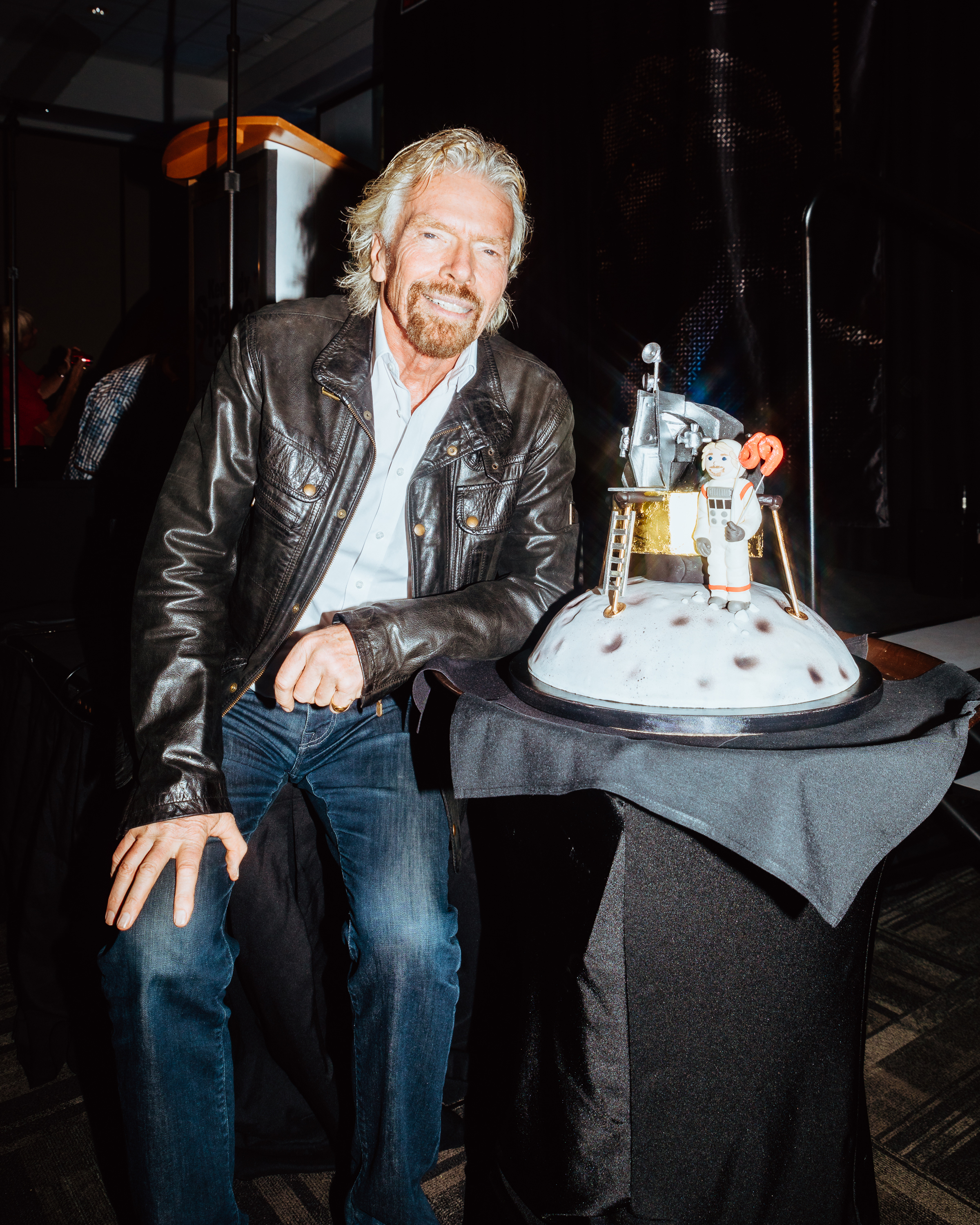 To mark his love for Space, Sir Richard will join future astronauts at a birthday lunch at the Kennedy Space Center where friend and colleague, Stephen Attenborough, Chief Commercial Officer of Virgin Galactic will be presenting him with a one of a kind sculpture, entitled ‘On The Shoulders of Giants’.

The 2m by 2m metal sculpture, adorned in the same metal as makes up the spaceport in New Mexico – showcases the history of human flight, including the Apollo 11 moon landing.

On Sir Richard Branson’s birthday he takes a look back at the past and how the Apollo 11 moon landings inspired Virgin Galactic.