Range Rover Celebrates 45 Year Of Luxury, Design & Innovation. The iconic Range Rover celebrates its 45th birthday today. Reaching the important milestone is the latest in a series of 2015 highlights for the world’s most desirable luxury SUV.

At the New York International Auto Show in March, Land Rover revealed a new Range Rover flagship in the form of the exclusive SVAutobiography and the landmark six millionth Land Rover was a Range Rover Vogue SE, which rolled off the Solihull production line in April.

Over the last 45 years Range Rover has delivered a series of industry firsts as it has evolved into the peerless SUV we know today. As well as introducing a host of advanced technologies, many of which have since become industry standards, the original Classic model was cited as an ‘exemplary work of industrial design’ when it became the first vehicle to be displayed at the world famous Louvre museum in Paris.

Now in its fourth generation, the Range Rover sits at the pinnacle of the Land Rover brand and matches class-leading off-road capability with a range of state-of-the-art petrol, diesel and Hybrid powertrains to deliver an unrivalled blend of refinement, comfort and capability.

Nick Rogers, Jaguar Land Rover Director Global Engineering Operations, said: “Range Rover was the first luxury SUV in the world in 1970 and 45 years on it continues to lead the way. The latest model is the most desirable and sophisticated Land Rover ever, mixing peerless comfort with cutting edge technology to provide the ultimate luxury SUV experience.”

The original 1970 Range Rover combined excellent refinement and on-road handling with uncompromised all-terrain capability for the first time, and subsequent generations have maintained its status as the most capable and desirable SUV in the world.

The current fourth generation model was launched in 2012 and was the first SUV in the world to feature a lightweight all-aluminium body, which brought enhanced efficiency to the range.

The SVAutobiography brings a new level of design sophistication to the line-up and is produced by Land Rover’s Special Vehicle Operations division. It is the most luxurious and powerful series production Range Rover in the vehicle’s 45-year history and is available with distinctive Duo-tone paintwork and a 550PS V8 petrol engine. This year also marks the 21st anniversary of the introduction of the exclusive Autobiography designation.

Range Rover through previous generations
The Range Rover story began in the Sixties as Land Rover looked to revolutionise the growing 4×4 leisure market. Production of the first prototype began in 1966 and the finished car was launched to critical acclaim in Cornwall, in 1970. In a special photoshoot, Land Rover has brought together four generations of the Range Rover to show the evolution of the vehicle.

First Generation – Classic (1970 – 1994)
The first generation model, known as the Classic and originally only available as a two-door, went on sale in 1970 featuring a lightweight aluminium V8 engine, full-time four-wheel drive and all-round disc brakes. Numerous variants and upgrades were introduced during its 25-year lifespan including the addition of a four-door model in 1981 and an automatic gearbox in 1982.
Innovations continued at a pace. The first diesel Range Rover arrived in 1986 and in 1989 it became the world’s first 4×4 to feature anti-lock brakes. Then in 1992 it celebrated another SUV first with the introduction of Electronic Traction Control and automatic electronic air suspension.

The Range Rover’s reputation for unrivalled all-terrain capability was cemented by a number of high-profile endurance tests. In 1972 it became the first vehicle to complete an 18,000-mile Trans-America expedition, staged by the British Army, which included the perilous crossing of the Darien Gap in South America. This was followed in 1974 by the successful completion of an epic 7,500-mile trek across the Sahara Desert in 100 days.

This reputation was enhanced with victory in the 4×4 class of the 18,750-mile London-Sydney marathon in 1977 and by winning the inaugural Paris-Dakar rally in 1979. Then, in 1985, the diesel-powered Range Rover ‘Bullet’ broke 27 speed records.

Second Generation – P38a (1994 – 2001)
The second-generation Range Rover or P38a – so named because it was developed in building 38A in the Solihull factory – arrived in 1994 delivering an even more luxurious interior, greater on-road ability and off-road capability. Key design features made it instantly recognisable as a Range Rover and the iconic silhouette, floating roof, clamshell bonnet, practical split tailgate and continuous waistline endure to this day.

Technological highlights included the addition of height adjustable suspension and an enhanced engine line-up, with a 2.5-litre diesel and 3.9 and 4.6-litre versions of the V8 petrol providing greater performance than ever before.

In 1999 Land Rover created the most luxurious Range Rover yet with the Linley special edition. Inspired by furniture designer Lord Linley, only 10 examples of the £100,000 model were produced. All featured black paintwork with matching black leather upholstery, deep-pile carpets and piano black interior trim. It was one of the first luxury cars to feature satellite navigation and even included a television.

Third Generation – L322 (2001-2012)
The arrival of the third generation Range Rover delivered significant improvements over its predecessor in every department. Bigger and more spacious than the P38a, the interior was inspired by high-end yacht designs, fine furniture and first-class airline seating. The result was the most luxurious vehicle interior in the world.

Technological highlights included the addition, in 2010, of ‘virtual’ instruments. It also became the first vehicle to provide a ‘dual-view’ infotainment display, allowing the driver to keep tabs on the sat nav instructions while the passenger watched a DVD.

1985 The diesel-powered Range Rover ‘Bullet’ breaks 27 speed records, including a diesel record for averaging more than 100mph for 24 hours 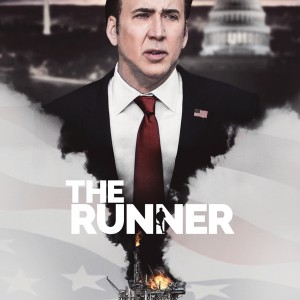 Nicolas Cage Star In THE RUNNER August 7th. In the aftermath of the BP oil spill, an idealistic but imperfect New Orleans...