Hundreds of spectators, including celebrities, famous runway faces and fashion editors, gathered on the Cherry Hill lawn on the west side of the park for a sensory experience that uses innovative technology that could forever change the landscape for a fashion show.

Ralph Lauren Polo models – appearing like beautiful mirages using four-story-tall holographic effects – wore outfits embracing the eclectic spirit of the brand, mixing the edge of New York and Paris, and the sunset colours and patterns of the Adirondacks.

This store will be one of many Polo stores planned to open worldwide in the coming years, in line with Ralph Lauren’s strategic pipeline of new stores

David Beckham Celebrates The Launch Of “Off Road” 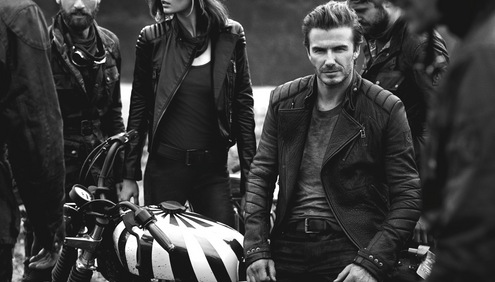 David Beckham Celebrates The Launch Of “Off Road”