PBS American Experience special THE CHINESE EXCLUSION ACT debuts May 29th. “This is not simply an immigration story,” director Ric Burns told the Television Critics Association at the Winter Press Tour in January, “It is the American immigration story.”

In the context of ongoing national debates over immigration, the timely new two-hour documentary The Chinese Exclusion Act, from Emmy® Award winning documentary filmmakers Ric Burns and Li-Shin Yu, will debut as a special presentation of the award-winning PBS television series American Experience on Tuesday, May 29 2018 at 8:00-10:00 PM ET. The film is narrated by actor Hoon Lee (Banshee).

“The story of the Chinese Exclusion Act – from long before it was signed into law in 1882, to long after it was repealed sixty-one years later in 1943 – is not simply an American immigration story – it is THE American immigration story,” said directors Ric Burns and Li-Shin Yu. “Given its impact and importance, it’s striking how little is remembered or known about it today. Starting after the Gold Rush and continuing long after repeal of the federal legislation during the Second World War, Chinese exclusion was the crucible in which the American debate over immigration and national identity first took shape and was forged. Nothing tells us more about how we have become the nation we are today.”

On May 6th, 1882 – on the eve of the greatest wave of immigration in American history – President Chester A. Arthur signed into law a unique piece of federal legislation. Called the Chinese Exclusion Act, it singled out as never before a specific race and nationality for exclusion – making it illegal for Chinese workers to come to America – and for Chinese nationals already here ever to become citizens of the United States.

The Chinese Exclusion Act explores in riveting detail this little known, yet deeply resonant and revealing episode in American history – one that sheds enormous light on key aspects of the history of American civil liberties, immigration, and culture – during one of the most formative periods of U.S. history.

A deeply American story – about immigration and national identity, civil rights and human justice; about how we define who can be an American, and what being an American means – the film examines the economic, cultural, social, legal, racial and political dimensions of the law; the forces and events that gave rise to it; and the effect it had, and continues to have, on American culture and identity.

“The 60 years of national exclusion, racialized ordinances, and hate crimes, is more important than ever to bear witness to,” said Stephen Gong, Executive Director of the Center for Asian American Media and Executive Producer of The Chinese Exclusion Act. “In the process of resisting the discriminatory laws, the Chinese community helped define, in the most positive ways, what American citizenship is, from birthright citizenship to the foundation for desegregation of schools to establishing equal protection under the law.”

Burns and Yu set the story of Chinese Exclusion in the riveting context of the long and complex relationship between China and the United States – one that runs like a red thread throughout all of American history – from the founding of the republic, when the China Trade emerged as crucial to American economic independence – through the dramatic spasm of westward expansion in the 1840’s, supercharged by the Gold Rush, and the establishment of America by 1850 as a continental empire for the first time, stretching from the Atlantic to the Pacific.

The discovery of gold in the brand new territory of California in 1848 pulled in miners from around the world – including farmers and workers from the Pearl River Delta in Southern China – fleeing the social and economic unrest precipitated by the forced opening of China to European and American trade during the Opium Wars.

“The Gold Rush for Anglo-America was a kind of shock therapy — and an object lesson, in the fact that there were other kinds of people on the planet,” said the late historian Kevin Starr, former Librarian of the State of California, in the film: “California was a laboratory for the larger process of adjustment that began nationally.”

As yields in the gold mines dwindled, and competition grew fiercer, Chinese immigrants became targets of vigilante violence by white miners – whose resentments were almost immediately exploited, and inflamed, by politicians in the brand new state of California.

For two decades and more, down through the Civil War and beyond, anti-Chinese sentiment was largely restricted to the West Coast – and resisted in the East by economic interests in the China Trade, culminating in the Burlingame Treaty of 1868, which opened reciprocal relations of immigration and trade between the U.S. and China – and by the constitutional mandate that defined immigration as the prerogative of the federal government.

But with the completion of the transcontinental railroad in 1869 – whose western half had been largely built by immigrant Chinese laborers – the economic and political fortunes of the entire continent would be inexorably intertwined – bringing Chinese workers east to work on untended southern plantations and in strike-ridden northern factories – and connecting the West Coast economy to the catastrophic economic downturn of the 1870’s.

As virulently racist anti-Chinese sentiment spread across the country, fanned by the media and politicians seeking political advantage, the “China Question” moved to the center of the American political stage – despite the fact that the almost entirely male Chinese American population in 1880 amounted to less than two-tenths of one percent of the entire American population.

In the presidential election of 1876, as Reconstruction collapsed in the South, anti-black interests in the former Confederacy converged with anti-Chinese sentiments in the Far West – creating a growing consensus in the halls of Congress, among Democrats and Republicans alike – that something had to be done. As Republican Senator James G. Blaine of Maine put it: “We have today to decide whether we shall have on the Pacific coast of the United States the kingdom of Christ or the kingdom of Confucius.”

In 1882, the Chinese Exclusion Act was passed, prohibiting Chinese workers from coming to the country, and preventing Chinese Americans already here from becoming citizens of the United States.

Anti-Chinese purges and incidents of violence, growing in the years leading up to Exclusion, multiplied catastrophically in the decades following the passage of the legislation, as 300 towns and cities across the American West, from Wyoming to Oregon, turned violently on their Chinese American citizens.

Over the next thirty years, as subsequent federal legislation further circumscribed the livelihood and well-being of Chinese Americans – barring families from being re-united, outlawing inter-racial marriages, preventing Chinese Americans from re-entering the country after visiting loved ones at home, and barring Chinese from owning property and businesses – Chinese Americans fought back in every way they could, against what they considered the racist, and un-American injustice of the Exclusion laws.

Unable to vote, Chinese Americans filed no fewer than 10,000 lawsuits in American courts – in some cases leading to landmark decisions like Wong Kim Ark, establishing bedrock American principles, regarding birthright citizenship, rights to education, and equal protection under the law, as guaranteed by the 14th Amendment – whose spare eighty-word text defining the rights of all “persons” born or naturalized in the United States formed a slender line of defense for the Chinese in America in the second half of the 19thcentury – as the country descended into an abyss of hatred and violence – directed against all people of color.

Chinese Exclusion – renewed every ten years until 1904, when it was extended in perpetuity – formed the bedrock and foundation of American immigration policy – implemented with bureaucratic efficiency at Angel Island in San Francisco harbor – designed not to let immigrants in but to keep the Chinese out. Extended in 1917 to include the “Asia Barred Zone” that stretched west from Japan all the way to Turkey, the seminal legislation provided the DNA for all later immigration restrictions to come – culminating in the historic legislation of 1924, which reduced immigration from around the world by more than 90 percent – and which slammed shut what Emma Lazarus had called, three years after the Exclusion Act took effect, America’s “Golden Door” – ushering in an era of isolation that would last for nearly half a century.

It was only in the 1940’s, as anti-Asian political sentiments shifted from America’s ally, China, to its enemy, Japan, that Franklin Roosevelt maneuvered legislation through Congress repealing the three generation-long exclusion laws – whose effect would continue to be felt for generations to come. It was not until 1965, when the Hart-Cellar Act prioritized the reunification of families and the immigration of professionals, that Chinese were able to legally immigrate and naturalize in larger numbers.

Directed by Ric Burns and Li-Shin Yu. Narrated by Hoon Lee and featuring the voices of Russell Wong, Fenton Lee, Yuet-Fung Ho and Josh Hamilton. Produced by Steeplechase Films and the Center for Asian American Media (CAAM). Premieres May 29 on American Experience. 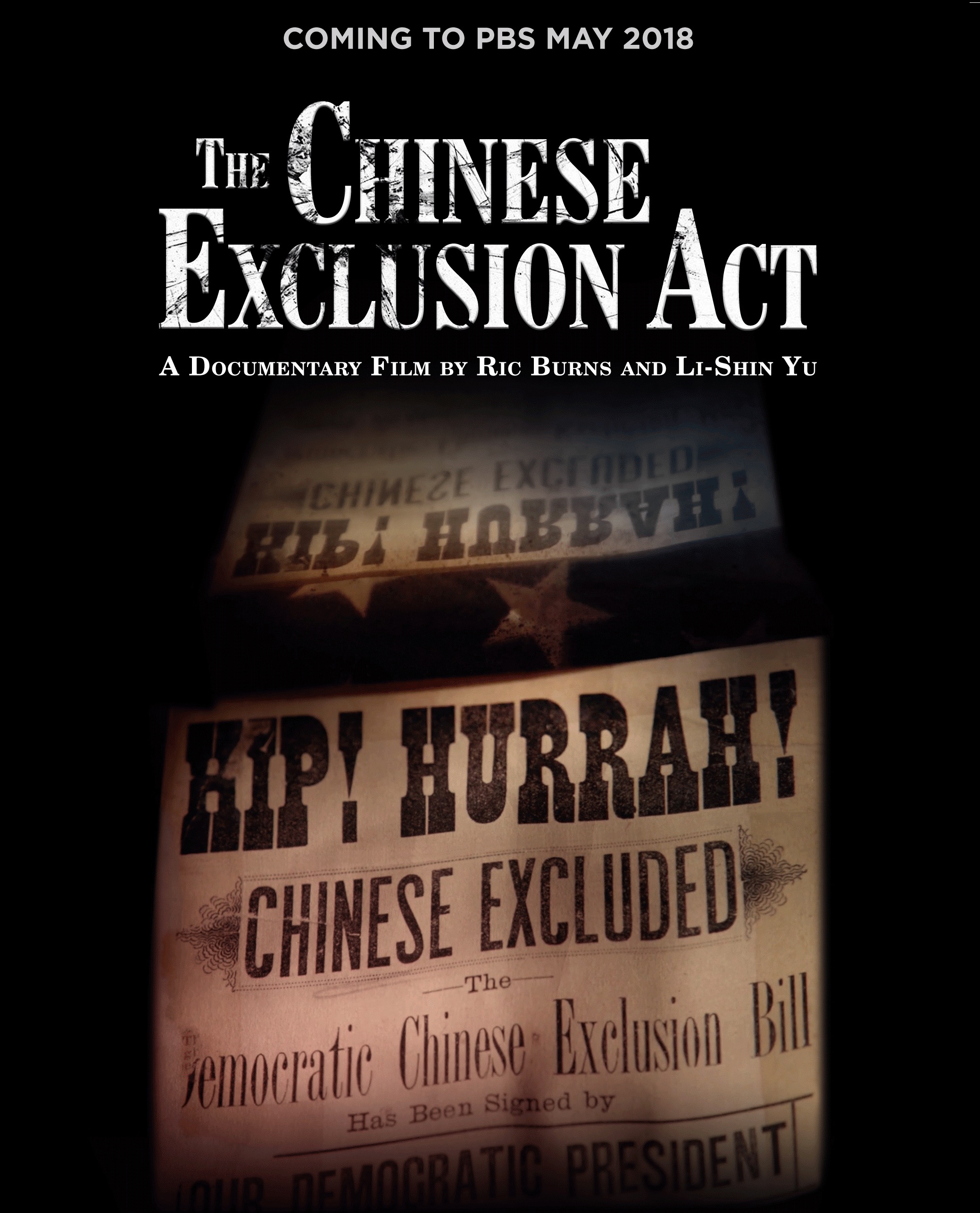 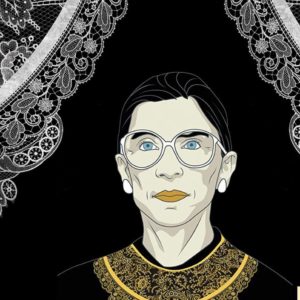 At the age of 84, U.S. Supreme Court Justice Ruth Bader Ginsburg has developed a breathtaking legal legacy while becoming...