“We are beyond delighted to have two certifiable powerhouse women of film as this year’s SLO Film Festival honorees. Pam Grier is the iconic feminine face of urban cinema in the 70s. She inspired that genre’s mainstream success, and her presence has long served as a muse and inspiration for many actors and filmmakers that followed,” said SLO Film Fest Director Wendy Eidson. “Robin Swicord is more than an Academy Award-nominated screenwriter and oft-honored filmmaker, as she demonstrates the ability to achieve at a high level creatively, and yet assist those filmmakers on their way up the ladder at the same time. Both women embody a dauntless creative spirit that has led them to amazing accomplishments in their film careers. It was important to everyone at the SLO Film Fest this year that we celebrate the work of female filmmakers this year, and we chose quite a combo with this duo.”

The Spotlight Award will be presented to Swicord by the SLO Film Fest founder Mary Harris during the Closing Night Awards ceremony on Sunday, March 18 at the Fremont Theater (1025 Monterey Street). Following the presentation, Variety’s Jenelle Riley will host a discussion of Swicord’s distinguished and wide-ranging career.

Swicord will also participate on the screenwriter’s panel, “It All Starts with a Good Story” with her husband and frequent collaborator, Nicholas Kazan (REVERSAL OF FORTUNE), as well as Anthony Peckham (INVICTUS). The trio will discuss screenwriting and the current state of their trade as new opportunities arise in television, VOD and now-popular documentaries on Saturday, March 17, from 10:30AM-11:45AM in the Festival Hospitality Tent.

Born on May 26, 1949 in Winston-Salem, North Carolina, and raised in Denver, Colorado, Pam Grier was spotted by an agent at a beauty contest in Colorado Springs, who invited her to come to Hollywood and try her hand at acting. She subsequently moved to Los Angeles and began taking acting classes while she worked as a switchboard operator for American International Pictures. Soon after, she had made it onto the big screen in BEYOND THE VALLEY OF THE DOLLS (1970) and BIG DOLL HOUSE (1971.)

Following appearances in HIT MAN (1972) and BLACK MAMA, WHITE MAMA (1973), Grier gained notice in Jack Hill’s COFFY (1973) as the title character, “the baddest one-chick hit-squad that ever hit town.” The next year, she cemented her status as the undisputed queen of urban cinema as the high-class prostitute out for revenge in Hill’s FOXY BROWN (1974.)

Grier solidified her status as a film star throughout the 70s with a string of films including SCREAM BLACULA SCREAM (1973), SHEBA, BABY (1975), BUCKTOWN (1975) with Fred Williamson, FRIDAY FOSTER (1975), and GREASED LIGHTNING (1977) opposite Richard Pryor. The 80s were highlighted by FORT APACHE, THE BRONX (1981) with Paul Newman, the Ray Bradbury classic, SOMETHING WICKED THIS WAY COMES (1983), and the Steven Seagal actioner ABOVE THE LAW (1988), as well as regular turns on the television via Michael Mann’s “Crime Story” and “Miami Vice.”

Grier continued to work in both film and television throughout the 90s with memorable appearances in John Carpenter’s ESCAPE FROM LA (1996) and Tim Burton’s MARS ATTACKS (1996). However, it was Quentin Tarantino’s JACKIE BROWN (1997) that offered the actress an opportunity to play a character tailor-made for her unique brand of strength and charisma, resulting in the best critical notices of her career as well as her first Best Actress nominations for both a SAG Award and the Golden Globes. Roles in the thriller IN TOO DEEP (1999) and Jane Campion’s HOLY SMOKE (1999) immediately followed, as well as a reunion with Carpenter on his film GHOSTS OF MARS (2001). Grier became a very familiar sight on television as well, with appearances on several series culminating in a regular stints on “Law & Order: Special Victims Unit” (2002-2003) and Showtime’s “The L Word” (2004-2009). On the big screen, Grier has most recently been seen in Tom Hanks’s LARRY CROWNE (2011), Rza’s THE MAN WITH THE IRON FISTS (2012), and last year’s BAD GRANDMAS, and ROSE.

THE CURIOUS CASE OF BENJAMIN BUTTON, MEMOIRS OF A GEISHA

Swicord is primarily known for her work as a screenwriter or co-screenwriter for a number of critically acclaimed and beloved films including; MEMOIRS OF A GEISHA (which won a Satellite Award for Best Screenplay); LITTLE WOMEN (for which she co-produced, as well as received a Writers Guild Award nomination); MATILDA (which was co-written and co-produced with Nicholas Kazan); SHAG; THE PEREZ FAMILY; and PRACTICAL MAGIC. In 2009 Swicord received an Oscar nomination for her contribution to THE CURIOUS CASE OF BENJAMIN BUTTON, a project Swicord originated and worked on for more than a decade. She has also written two plays that were produced off-Broadway (“Last Days at the Dixie Girl Café, and “Criminal Minds”).

Swicord made her feature-directing debut with Sony Picture Classic’s THE JANE AUSTEN BOOK CLUB, produced by Julie Lynn and John Calley, for which Swicord also wrote the screenplay adaptation. Most recently, she wrote and directed WAKEFIELD, starring Bryan Cranston and Jennifer Garner. She is currently collaborating with Ava DuVernay on DuVernay’s five-part miniseries about the Central Park Five, for Netflix.

A leader within the screenwriting community, with a reputation for “giving back,” Swicord is a Governor for the Writers Branch of the Academy of Motion Picture Arts & Sciences, and chairs the prestigious Nicholl Fellowship. She mentors for the Sundance Screenwriting lab, and often co-leads Film Independent’s Writers Lab. In 2015 she helped create and launch the inaugural Hedgebrook Screenwriting Workshop for women writers, which she led in October of this year. Swicord is married to writer-director Nicholas Kazan; they have two daughters, actor-writer Zoe Kazan and actor-writer Maya Kazan.

Passes are now on sale and information on the film festival can be found at https://slofilmfest.org. 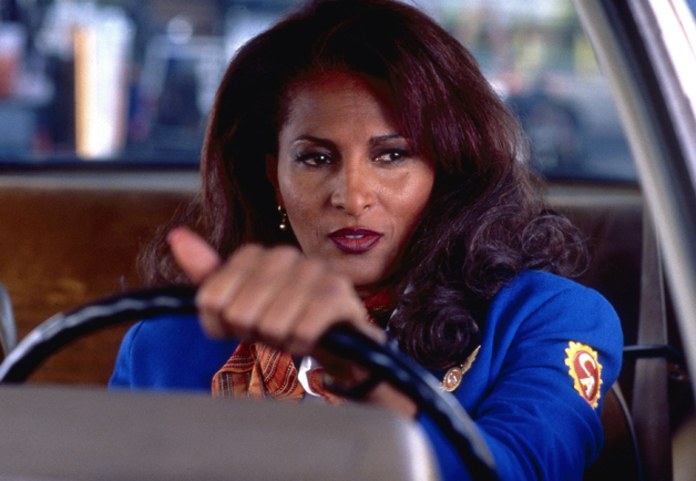 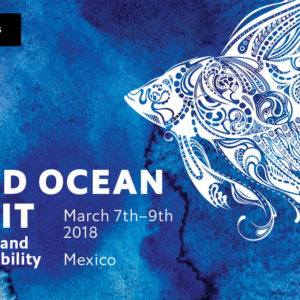 World Ocean Summit 2018 News. The ocean is in trouble. Across the world, humans have effected dramatic change upon the seas....