BFF is a one-of-a-kind event designed to champion women and diversity in film, and is the first and only film competition in the world to offer guaranteed theatrical, television, digital and retail home entertainment distribution for its winning films.

BFF is hosted by ARC Entertainment, Walmart, Coca-Cola and AMC Theatres, and chaired by Academy Award® winner Geena Davis, whose research institute, “The Geena Davis Institute on Gender in Media” has sponsored the largest amount of research ever done on gender depictions in entertainment media, covering a 20+ year span. Davis has pioneered the use of rigorous research combined with direct advocacy and education to leading entertainment industry creators and decision makers, causing a sea change in the quality and quantity of female characters on screen.

In a special event series titled “Geena and Friends,” Geena Davis and her friends will re-imagine some of the greatest dialogue in the history of cinema. Davis’s A LEAGUE OF THIER OWN co-star Rosie O’Donnell will be among the special guests engaging in this lively and fun series. O’Donnell will also take part in BFF’s “In Control of Her Own Destiny” panel discussion featuring female celebrities who manage their own successful film production companies.

Multiple Academy Award® winning screen icon Robert De Niro will headline an intimate discussion series to compliment a BFF screening of REMEMBERING THE ARTIST – the acclaimed documentary about De Niro’s father, Robert De Niro Sr., directed by Perri Pletz, who will also be in attendance and participate in the discussion series. BFF has instituted a new feature film screenplay competition dubbed the ‘Dernsie” – named and supported by Bruce Dern, who will be in attendance to present the winner with $1,500, a custom award and a potential18-month option of the script with Kickstart Productions.

Meanwhile, Joey Lauren Adams (BIG DADDY, DAZED AND CONFUSED, THE BREAKUP) will headline a special “Arkansas in the Biz” panel, focusing on Arkansas natives who work in entertainment and media. The panel will be moderated by Arkansas Film Commissioner Christopher Crane. To cap everything off, producer/director/writer/actor/performer Nick Cannon (host of NBC’s “America’s Got Talent”) and award winning journalist, documentarian, news anchor, and producer Soledad O’Brien will co-host the festival’s closing night awards show, presented by Kraft Foods Group. O’Brien will also present her new documentary THE WAR COMES HOME at BFF.

“While it hasn’t been long since we launched the festival, the reception we’ve received has been overwhelming,” said Geena Davis. “I’m inspired by the level of commitment pledged by a wide variety of major sponsors and by so many of my colleagues in the industry. Their participation is a real testament to the cause and it means a great deal to everyone involved in elevating the presence of women and minorities in the film industry. Having Nick, Robert, Bruce, Joey Lauren, Soledad and Rosie at BFF means everyone in attendance is going to have an unforgettable experience.”

75 films will be screened at BFF, ranging from studio premieres to independent features and documentaries. Additional BFF announcements will be made in the coming weeks. Following the debut of BFF, the Bentonville Film Foundation as part of the Bentonville Film Festival initiative will launch a year-round event calendar to promote women and minority filmmakers, artists, directors, and producers at colleges and universities around the country in partnership with the Geena Davis Institute on Gender in Media, which is the official non-profit partner of the festival.

Walmart is the proud founding sponsor of the Bentonville Film Festival and its investment ensures it is unlike any other nationwide. As the largest seller of DVD and Blu-Ray movies, Walmart is always looking for new and compelling content to offer the 140 million customers who shop their stores U.S. each week. That’s why, for the first time, the winners of three categories – Jury Selection, Audience Award and Best Family Film – are guaranteed distribution in Walmart stores and online through its instant video demand service VUDU.

Walmart chose to support the Bentonville Film Festival in large part due to its focus on women and minority filmmakers. Empowering women and supporting diversity are two key company initiatives which Walmart has long supported, because the retailer believes it is the right thing to do and important in being a successful business. The festival is also a great opportunity for the retailer to showcase Northwest Arkansas, one of the country’s best-kept secrets.

For more information on the festival please visit www.bentonvillefilmfestival.com 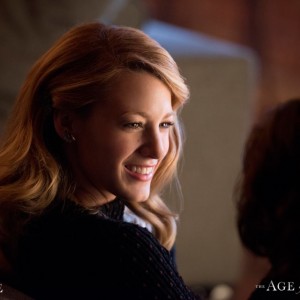