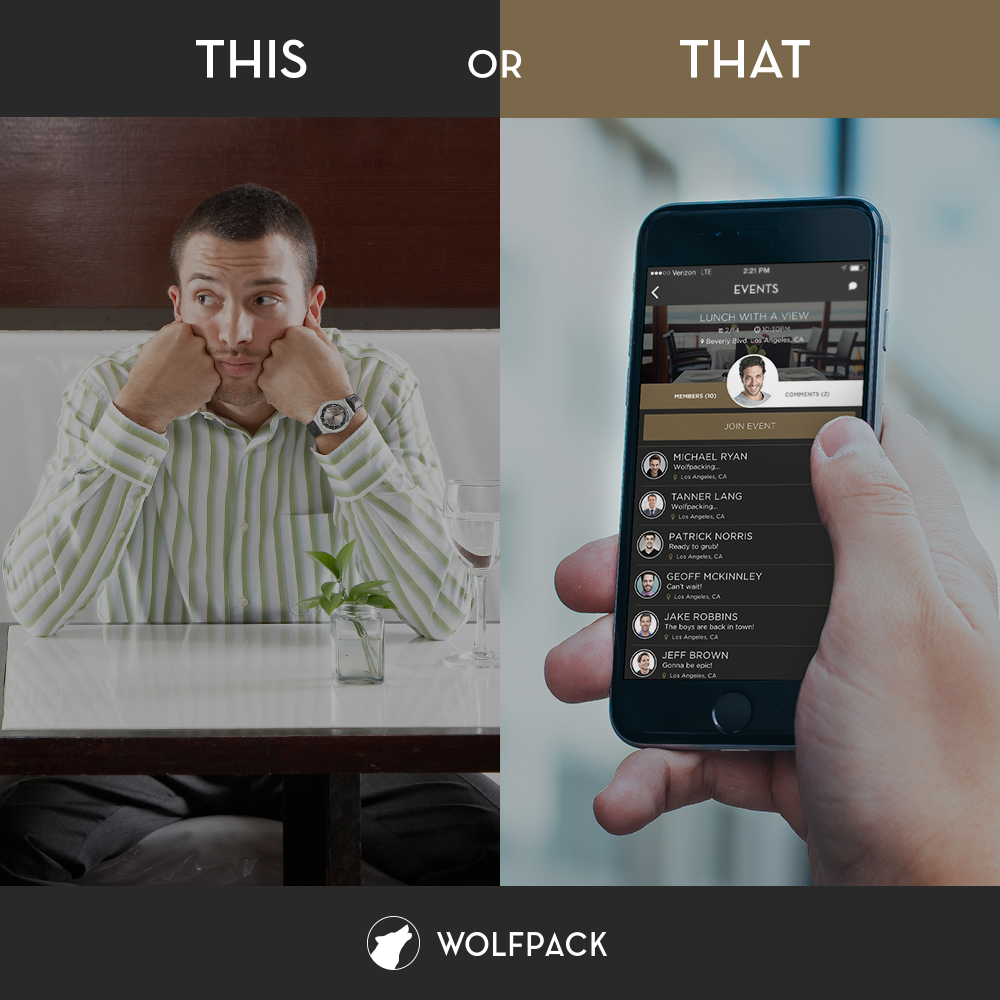 WOLFPACK, an event-based app geared towards guys making new buddies, has just released its first commercial on YouTube, giving men everywhere a chance to see what the buzz is all about. The 60-second commercial follows a lonely guy who is stuck at home because he has no plans. Then, he gets two event notifications via the WOLFPACK app and his night is changed in the blink of an eye. First, he’s watching a game and drinking beers with his new bros but by the end of the night, he’s playing poker with his new friends on a private jet. The night started out dull but quickly became a night to remember all because of WOLFPACK app.

The app allows guys to find new bros near them who share similar interests. Users can create groups, also known as a wolfpack, and can either create their own event for guys to join or they can join an event that has already been made. Whether guys are looking for friends because they are new to the area, want to expand their social circle or even just spice up their regular routine, the WOLFPACK app is the perfect tool for bros everywhere.

How can guys get it? Download it on their iPhone for free, signing up via Facebook or email. After registration is complete, a series of questions will be asked to help find guys nearby who have similar interests. The easy-to-use dashboard will enable the user to check out, create or join events, based on what he feels like doing. The app will be available on all other smart phones in March.